Chemical substances used for treatment of diseases and for reducing suffering from pain are called medicines or drugs.

The treatment of diseases due to bacterial invasion by chemical compounds which destroy the micro-organism without affecting the tissues of the host is known as Chemotherapy.

The chemicals so used for the cure are called chemotherapeutic agents. Some of the medicinal compounds are described below : 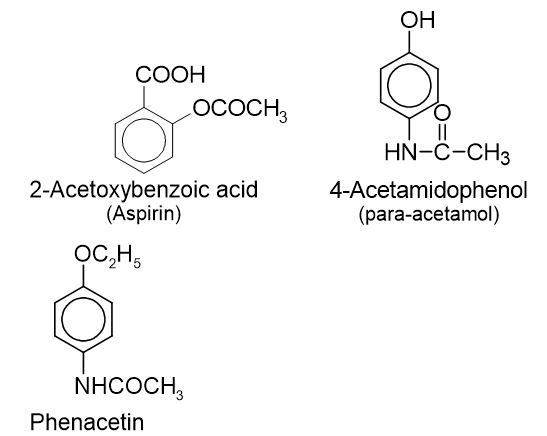 Chemical substances which kill micro organisms or stop their growth but are harmful to human tissue are called disinfectants. They are used to disinfect floors, toilets, etc. for example phenol(1%), sulphur dioxide, etc.

These are substance which are used for the treatment of stress and mental diseases. These effect the central nervous system and induce sleep to the patients. The tranquillizers are also called psycho-therapeutic drugs. Barbituric acid and its derivatives such as luminal, veronal and seconal are most commonly used tranquillizers. These derivatives of barbituric acid are known as barbiturates.

Download free pdf sheet which consist of formulas and important points of chemistry in everyday life from the link given below .