What is the full form of AML ?

What do you mean by AML?

The complete form of AML is Acute Myeloid Leukemia. It is a type of leukemia that develops in the bone marrow where myeloid cells or immature blood cells (myeloid cells) are precursors of other blood cells, such as erythrocytes (RBCs), platelets, and leukocytes (WBCs). It causes leukemic eruptions that alter and repair myeloid cells. Thus, the development of normal cells is disrupted. As a result, the victim's body lacks erythrocytes (RBCs), leukocytes (WBCs), and platelets. Other names for AML are acute non-lymphocytic leukemia or acute myelogenous leukemia or acute myeloid leukemia. There are different forms of AML, depending on the shape of leukemia cells found in the bone marrow blood. An adverse modification or mutation causes AML in the DNA genes of myeloid cells found in the bone marrow. The exact cause of these mutations has not been determined. 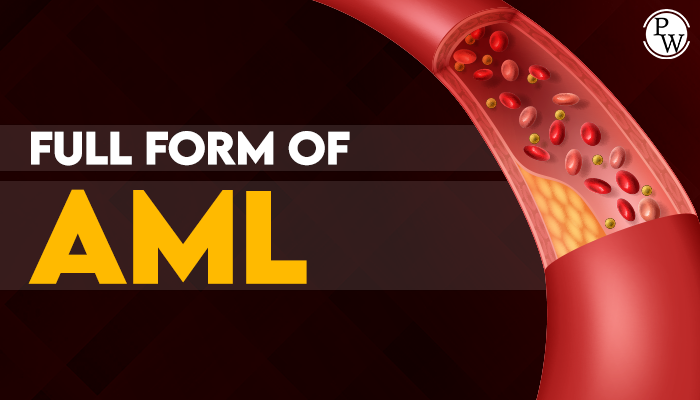 4.Blood in the urine

9.Bleeding from the gums

1.It is more common in people who are 65yr.old and older.

3.Survivors of the accident at the nuclear reactor.

4.Benzene and other carcinogenic chemicals are present in tobacco smoke.

5.The risk of AML may be increased by other blood disorders, including myelodysplasia and myelofibrosis.

6.Genetic diseases, including Down syndrome.

7.Effects of some chemicals such as benzene.

AML is one of the most common types of leukemia found in adults.

AML is mostly found in men than women.

Bone marrow helps the body fight infections and releases other blood components. People with AML have many abnormally immature cells in their bone marrow. Cells grow very fast and replace healthy blood cells. As a result, people with AML become infected. Their risk of bleeding also increases due to a decrease in the number of healthy blood cells. In most cases, your doctor will not be able to tell you what caused the AML. However, the following factors can lead to some types of leukemia, including AML:

1.Blood disorders such as polycythemia, significant thrombocythemia, and myelodysplasia

6.Weakness of the immune system due to organ transplantation

7.Problems in your genes can lead to the development of AML.