What is the Full Form of KYC

KYC is short for Getting to Know Your Customer. This is the process of financial institutions across India use it to obtain their clients' information. Like any other financial decision made by the government in India, this approach was introduced by the Reserve Bank of India. Over time, the launch of this program has helped the RBI prevent fraud in India, such as money laundering, identity theft, etc. You may have experienced KYC registration while using UPI applications such as Google Pay, Paytm, etc. The RBI has made KYC a mandatory process for all financial institutions and digital payment institutions over the past year. Apart from banks, this system is also used by insurance companies that include customers making transactions. 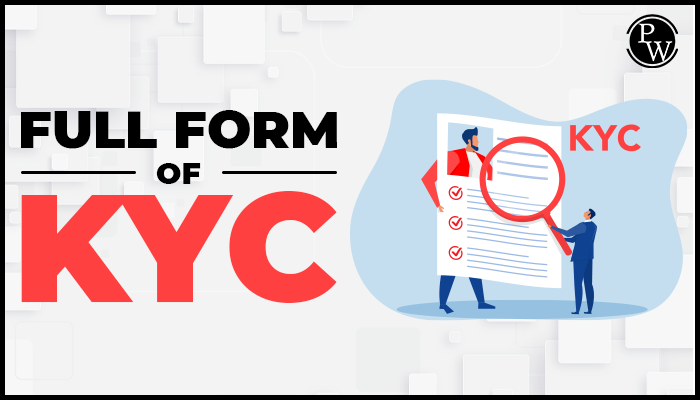 Financial crime has always been a problem in Indian history. It has led to such activities as drug trafficking, terrorism, and even mob crimes. KYC was introduced to reduce this crime in India. Prevention of Money Laundering Act was passed in 2002. KYC complied with the Financial Action Task Force. The team developed KYC guidelines for banks to follow. This high level of KYC compliance will help the government introduce a unified KYC.

The Reserve Bank of India launched KYC in 2002. This was compulsory for all banks to follow in 2004. The KYC committee was led by a former SEBI official, MR. Damodaran, under the supervision of the RBI.

In India, to perform a financial transaction, one must update their KYC. To create a KYC, one must submit a set of documents. According to government-issued guidelines, these documents confirm Indian identity.

KYC is important because it helps the bank clerk verify that the application and other details are correct. There have been incidents of theft and money laundering of accounts funds. It will help to prevent fraud by maintaining individual identity. The Know Consumer method has been popular for many years now. This is a must, and everyone should listen if they decide to open an account. It is impossible to open a bank or mutual funds account without completing the KYC process.

Where KYC Is Required

KYC is of two types which is mentioned below:

Personal KYC Verification: Offline visit to the nearest cybercafe is required for this person to perform this KYC verification. This type of KYC verification is complete. Personal KYC verification would usually require individuals to verify their identity through biometrics. If someone cannot go to the KYC cybercafe, they need to call the KYC registration agency and get an executive at home.