What is The Full Form of MPEG ?

About the full form of MPEG?

MPEG stands for Moving Picture Expert Group. It is a working group of government agencies set up to set standards for audio and video compression and transmission. It develops audio-video file formats called MPEG. This group was set up by the International Organization for Standardization (ISO) and the International Electrotechnical Commission (IEC). He has published various versions of the file (standards) namely MPEG-1, MPEG-2, MPEG-3, MPEG-4, MPEG-7, MPEG-21, etc. The MPEG standard is a set of specifications for compressed audio and video files. It is designed to store videos on digital audio tapes (DAT) and audio files on standard audio CDs (CDs). The MPEG file contains the file extension. In the past, MPEG files required a hardware decoder to store and play them, but now all software codecs are required. 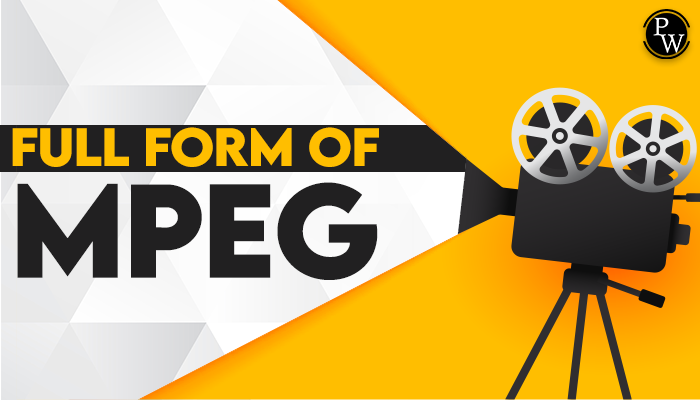 How does it work?

The MPEG algorithm compresses the data in small bits. These bits can be easily transmitted and decompressed, and then the video is encoded using a technique called Discrete Cosine Transform (DCT). The MPEG compression rate is very high because it only saves the changes that occur from one frame to another. It does not save the entire framework which makes it possible to reduce the size of the entire file.

MPEG usually follows the following steps to develop a standard:

MPEG was founded in January 1988 at the initiative and with the help of Leonardo Chiariglione and Hiroshi Yasuda. The first meeting was held in May 1988 in Ottawa, Canada. Since 1988, it has developed various standards to help the industry provide users with a more enjoyable digital media experience. Over the years, since its inception, it has become a large ISO working group. Around 350 experts from around 200 companies from more than 20 countries take part in MPEG meetings today. Its meetings are held four times a year in January, April, July, and October.

2.      MPEG document application is compatible with many other Internet browsers and can be used on multiple platforms.