A line is a one-dimensional figure, long but not wide. The line comprises a set of points extending in the opposite direction. Two points are determined on a two-dimensional plane. Two points lie on the same side are called collinear points. or 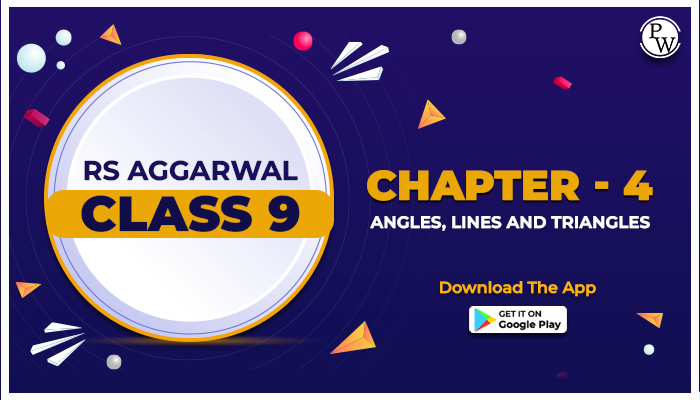 There are four types of lines:

An angle is a geometrical shape formed by combining two rays at its ends. An angle can also be represented by three shapes that define an angle, the letter in the middle being where the angle exists (i.e., its vertex). Angles are usually represented by Greek letters such as θ, α, β, etc.

e.g. ∠ABC, where B is the given angle.

If ABC is a triangle, it is denoted as ∆ABC, where A, B, and C are triangles. In Euclidean geometry, a triangle is a two-dimensional shape that appears as three non-collinear points in a unique plane.

On the basis of length of the sides

On the basis of measurement of the angles

Read the theory Given in NCERT text book and solve all numericals given in the exercise use Physics Wallah NCERT solutions for class 9 Maths. For additional information related to the subject you can check the Maths Formula section.