Animals And Their Habitat

Forests Our Lifeline of Class 7

(a) .. Wildlife Conservation in India

Fourteen biosphere reserves have been set up in the country to protect flora and fauna. Four out of these, the Sunderbans in the West Bengal, Nanda Devi in Uttaranchal, the Gulf of Mannar in Tamil Nadu and the Nilgiris (Kerala, Karnataka and Tamil Nadu) have been included in the world network of Biosphere reserves. 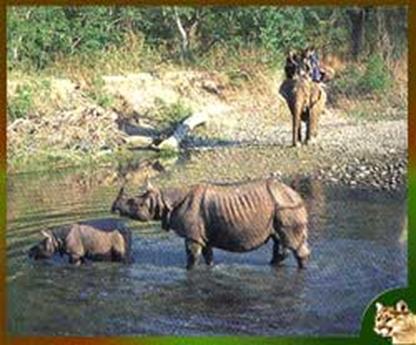 Coastal wetlands, also known as saltwater wetlands, include highly productive estuaries which provide food and habitat for a large number of marine organisms.

Mangrove swamps are coastal wetlands in tropics containing certain trees and shrubs growing best in the intertidal zone. Mangroves hold sediments and accumulate soil along the shoreline. As mangroves expand into the ocean, other plants colonise the soil left behind. Mangrove roots provide habitat for oysters, crabs and other marine organims. Like freshwater wetlands, coastal wetlands are also being destroyed for space, for coastal development and agricultural lands.

Wetland conservation programmes are generally based on :

As stated earlier they include coal, petroleum and natural gases. They are important source of energy. Oil sources of the world are limited and restricted to just certain- areas. Moreover, their demand is increasing day by day because of urbanization and industrialization. The coal reserves of the world are higher than that of petroleum.The leading coal producing countries of the world are China, USSR, USA, UK, India, Japan, Poland, Czechoslovakia, Kuwait, Saudi Arabia, Iran, Iraq, Nigeria, Libya, Arab Republic and Indonesia. In India the coal reserves are found in Bihar, Bengal, Orissa, Madhya Pradesh, Maharashtra, Jammu and Kashmir, Andhra Pradesh and Meghalaya.

Coal production is also necessary because coal is also used to produce energy. It can also be converted to liquid (oil) and methane gas. Gas produces much less pollution than other fossil fuels do. Many of the coal deposits are of higher sulphur coal. When burned this coal releases large amounts of sulphur compounds into the air. These compounds are among the most important air pollutants, causing serious health and environmental problems.

A Biosphere Reserve is a unique and representative ecosystem of terrestrial and coastal areas which are internationally recognised within the framework of UNESCO's Man and Biosphere (MAB) Programme.