Motion and Time of Class 7

In modern world we have to generalize every units for convenience. The SI unit of time is second and one second has varied during the last millennium. The variations are not only due to the rotation of the Earth and to the varying length of the day, but most of all the need of a well known and a more stable time keeping.

For time formation we have to understand our earth .The earth was gradually separated into 24 different geographical time zones that we can see in globe ,where every zone of earth was 15 degrees in longitude and with a difference of exactly 1 hour for each time zone. The base of the standardized time was placed at the zero meridian through Greenwich in England. If we move eastern by 15 degrees one add one hour and for every western move by 15 degrees one subtract one hour from Greenwich MeanTime.

We know that the seven quantities are there whose SI unit are base.But in these seven unit SI unit of time is the most mysterious. The SI unit of time issecond and symbol of this is s, but time itself can only be defined in reference to other quantities. But time isn't even the constant, but can change rate depending on speed and mass.

The traditional measurement of time is based on the length of a day. We split the day into hours, minutes and seconds. This is eminently sensible and something so obvious that we don't give it much thought.

The Period of a Pendulum

We can contract simple pendulum with the help of light string tied at one end to a pivot point and attached to a heavy mass at the other end. We can define period of a pendulum as the time takenby the pendulum to make one full back-and-forth swing completely.

The Time period of simple pendulum is not constant it depends upon few things such as the length of the pendulum, acceleration due to gravity and we known that the length depends on temperature then it depends on the temperature. It is directly proportional to the square root of length and inversely proportional to the square root of acceleration due to gravity. 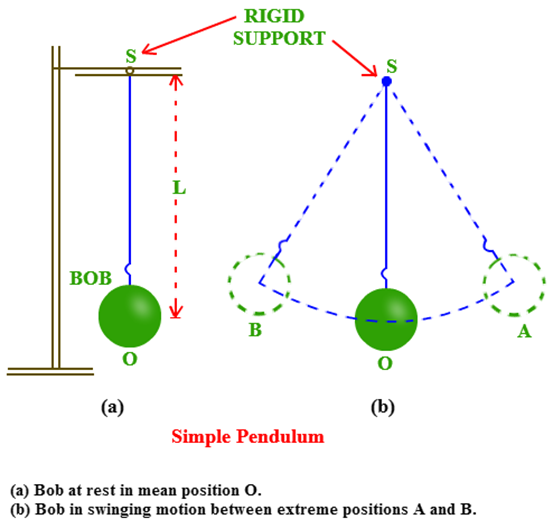 An instrument that indicates distance traveled by a vehicle.Thisinstrument provided in an automotive vehicle to indicate the total number of Kilometers that have been traveled. The odometer is usually used for measure mileage of car. When the vehicle is in motion, this cable moves a series of gears in the odometer, turning a set of numbered drums that count the Kilometers traveled by each rotation. Some odometers are manually resettable to zero; these are used to measure the lengths of individual trips. 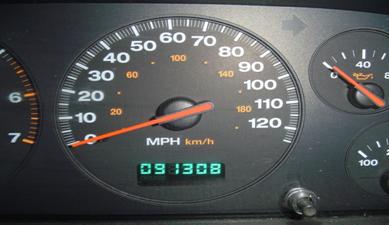 Speedometer is a device that often combined with an odometer, attached to a vehicle to indicate speed of the vehicle as it is measure Kilometers per hour: it is usually connected to the transmission by a flexible drive shaft. 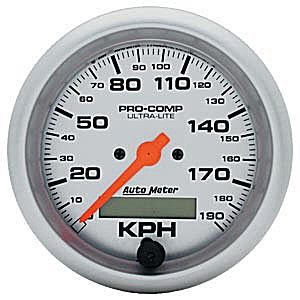