In the light reaction of photosynthesis, two important products are formed, NADPH2 (properly expressed as NADPH + H+) and ATP. Besides, there is evolution of oxygen as a by-product.  There is experimental evidence to prove it.

(ii) An ADP molecule is converted to ATP in light by utilizing inorganic phosphate.  This phenomenon is called photophosphorylation.

Arnon, 1959, observed that isolated chloroplasts are capable of fixing CO2 resulting in the formation of carbohydrates.  He suggested that the light reaction occurs in the granum of the chloroplast and the dark reaction in stroma.

It is the formation of ATP from ADP and inorganic phosphate with the help of solar energy.  It was discovered by Arnon et al. It is of two types, cyclic and non-cyclic. 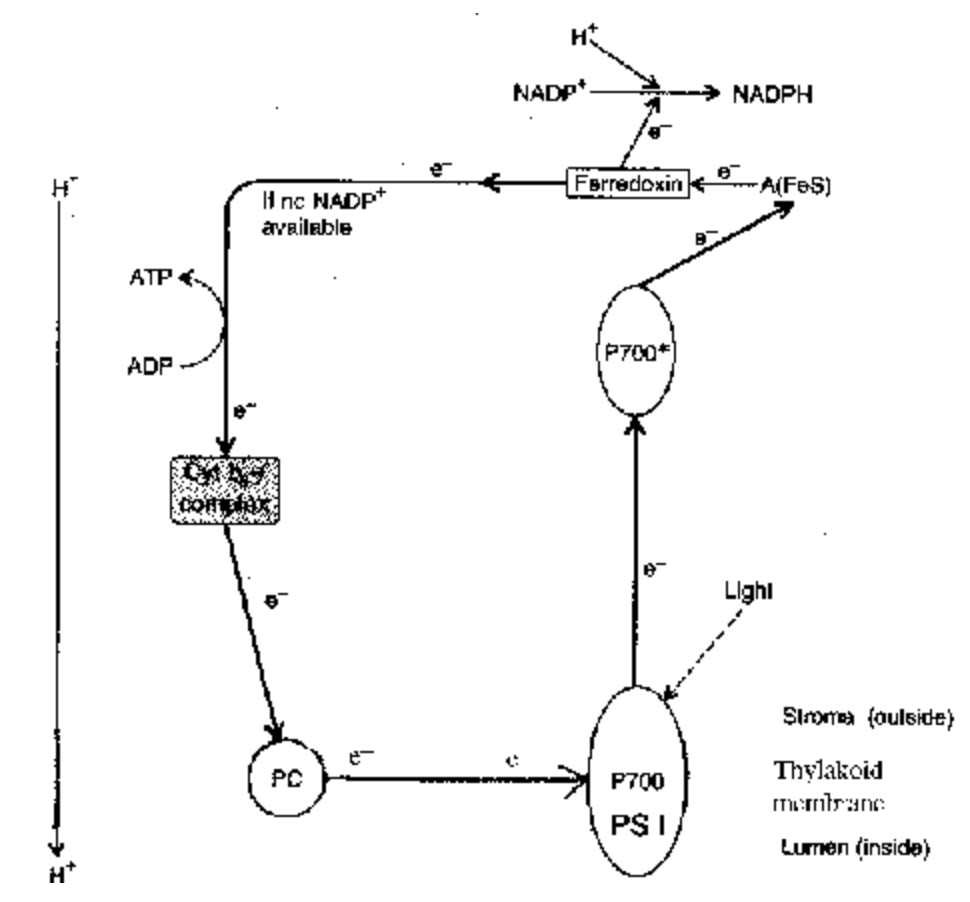 Both photosystems are involved here.  Electron extruded by P680 or PS II does not return to it but is passed on to NADP+ with the help of PS I.  P680 after gaining photon energy extrudes an electron which is picked up by pheophytin, a non Mg chlorophyll a from which electron passes on to another electron acceptor Q and then to plastoquinone.  The electron is picked up by cytochrome f complex and then passes to plastocyanin.  PC hands over the electron to P700 or PS I.  Reaction centre of PS I extrudes the electron which passes through FeS, Fd and then to NADP+. 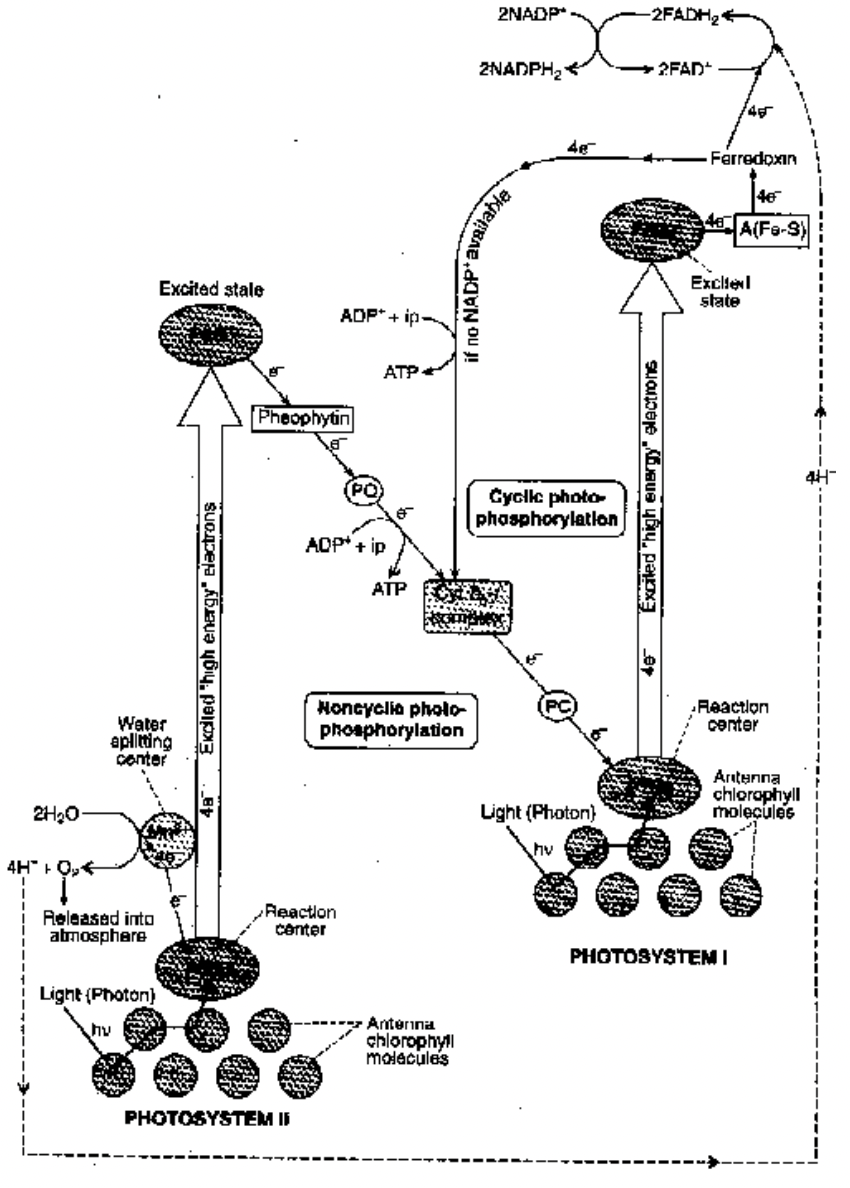 Arnon and his coworker (1954) demonstrated yet another kind of photophosphorylation. They observed that even in absence of CO2 and NADP, if chlorophyll molecules are illuminated, it can provide ATP and iP (Inorganic Phosphate) in presence of FMN or Vitamin K and oxygen. The process is thus very simple and requires no net chemical change for the formation of ATP and water. Arnon called this oxygen dependent FMN catalysed photophosphorylation or psuedocylic photophosphorylation which involves the reduction of FMN with the production of oxygen. FMN is an auto-oxidisable hydrogen acceptor with the effect that the reduced FMN is reoxidised by oxygen. Thus the process can continue repeatedly to produce ATP.