External morphology : The main plant body is sporophyte which is differentiated into root, stem and leaves. 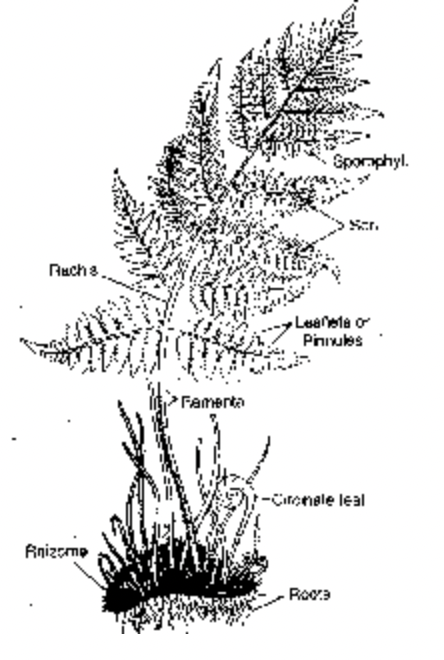 ♦ Root is diarch and exarch.

The main plant body is homosporous sporophyte producing spores in sporangia present on the sporophylls.

The sporangia are produced in groups called sori (1-6 sporangia/sorus) which are submarginal, linear and discontinuous.

The sporangia are leptosporangiate.

The sori are surrounded by kidney shaped true indusium.

The sporangia arise from placenta of leaf.

The mature sporangium has a stalk and a biconvex capsule.

The capsule has a single layered thick covering called annulus which is incomplete at the base on one side, the portion being called stomium.

Each sporangium encloses 8 or 16 spore mother cells which after meiosis term 32 or 64 haploid spores.

Dryopteris : A. Part of a sporophyll with sori, B. T. S. of sorus 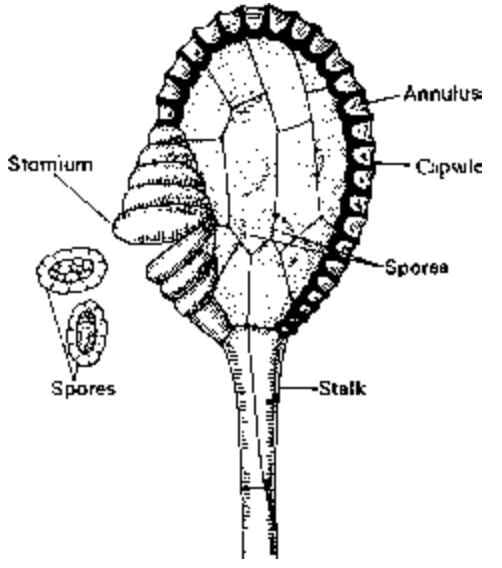 Prothallus is monoecious and protandrous with an apical notch and unicellular rhizoids at the base.

Archegonia are found around the apical notch and antheridia among the rhizoids.

A mature archegonium is flask shaped structure with a neck and a venter. Neck has single binucleate neck canal cell and venter has a large egg and a small venter canal cell. 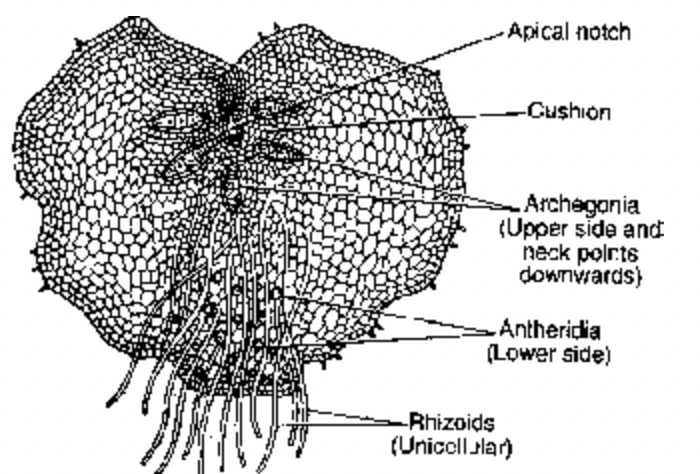 Detailed structure of a prothallus showing position of archegonia, antheridia and rhizoids

Antheridia A. At dehiscence B. Young antheridium C. One antherozoid

Water is essential for fertilization. Neck canal cell and venter canal cell disintegrate and secrete mucilaginous substances which is rich in malic acid, which attract antherozoids. On fusion diploid zygote (2n) is formed. 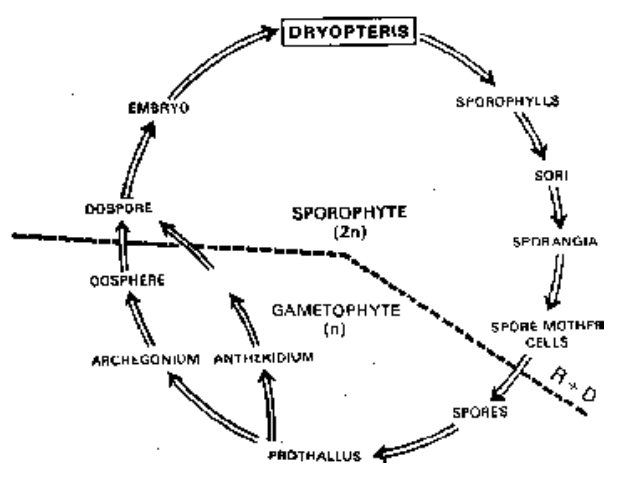