Print Revolution And Its Impact

Print Culture And The Modern World of Class 10

Print Revolution And Its Impact

The shift from hand printing to mechanical printing was not just a development, but led to the print revolution.

(i) It transformed the lives of the people.

(ii) It changed their relationship to information and knowledge.

(iii) It affected relationship with institutions and authorities.

(iv) It opened up new ways of looking at things, influenced popular perceptions.

With the printing press, a new reading public emerged. Printing reduced the cost of books. The time and labour required to produce each book came down, and multiple copies could be produced with greater ease. Books flooded the market, reaching out to an ever-growing readership.

Access to books created a new culture of reading. Earlier, reading was restricted to the elites. Common people lived in a world of oral culture. They heard sacred texts read out, ballads recited, and folk tales narrated. Knowledge was transferred orally. People collectively heard a story, or saw a performance. Before the age of print, books were not only expensive but they could not be produced in sufficient numbers. Now books could reach out to wider sections of people. If earlier there was a hearing public, now a reading public came into being. 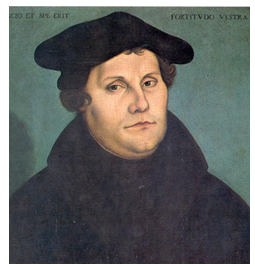 But the transition was not so simple. Books could be read only by the literate, and the rates of literacy in most European countries were very low till the twentieth century. To encourage reading this, they had to keep in mind the wider reach of the printed work: even those who did not read could certainly enjoy listening to books being read out. So printers began publishing popular ballads and folk tales, and such books would be profusely illustrated with pictures. These were then sung and recited at gatherings in villages and in taverns in towns.

RELIGIOUS DEBATES AND THE FEAR OF PRINT: