There are different types of surroundings (or areas) in different parts of our country. The mountains of Himalayas are very cold places. The mountain areas have many kinds of trees like oaks, pine and deodars (which are very different from the trees found on the plains). The mountains have also unique animals like yak and mountain goats. The desert areas like that in Rajasthan are very hot and dry. The desert areas have many special type of plants such as cactus and animals like camels. Thus, we conclude that the surroundings like the mountains, desert and sea-shores are so different from one another in climate but all of them have many living things (plants and animals) in them

Those things which need food, water and air for their survival are called living things. Example Plants & animals

Food: All the living things (plants and animals) need food to stay alive. They also need air and water. Without food, air and water, living things will die. The plants make their own food by the process of photosynthesis. But animals obtain their food from plants other animals). 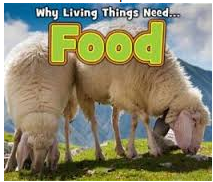 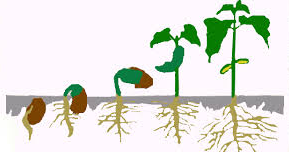 Movement: Movement is one of the most important signs of life in an organism. All the living things move by themselves. The animals and plants move in different ways. Animals can move from one place to another or they can move their body parts. The plants are fixed in the soil at a place, so they cannot move like animals from place to place. The plants can move only parts of their body such as leaves, flowers, shoots and roots. The plant parts move towards a stimulus such as sunlight, water or gravity. 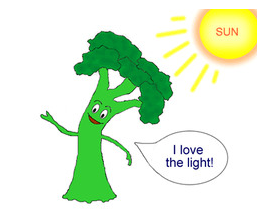 Response to Stimuli: All the living things respond to changes around them. The changes in surroundings to which living things respond are called stimuli. The living things show response to external stimuli such as heat, light, touch, sound, smell, taste, water and chemicals. Plants also respond to changes around them. In other words, plants also respond to stimuli. Plants respond to stimuli such as touch, sunlight, gravity, water and chemicals. For Example: Mimosa plant which is commonly known as "sensitive plant" or "touch-me-not" plant. If we touch the leaves of a Mimosa plant with our fingers, then its leaves fold up and droop. In this case, the "touch" of finger is the stimulus and the Mimosa plant responds by folding its leaves. 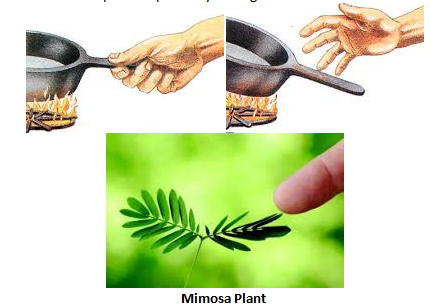