NCERT Solutions for Class 8 Civics Chapter 3: Why Do We Need A Parliament

Q.1. Write in your own words what you understand by the term the ‘rule of law’. In your response include a fictitious or real example of a violation of the rule of law.

Example: Jones, a boy of 17 years belongs to an ordinary family. He is caught driving without license. His parents are fined and put in jail.

Utkarsh, the son of a minister of 16 years of age is also caught driving without license but since he is the son of minister; his parents are neither fined nor is he thrown in jail.

This is an example of violation of rule of law.

Q.2. State two reasons why historians refute the claim that the British are introduced the rule of law in India.

Ans. Two reasons why historians refute the claim that the British introduced the rule of law in India are:

i. The colonial law was arbitrary, i.e., nothing was fixed under British rule and it was instead left to one’s choice or judgment.

ii. The Indian nationalists played a prominent role in the development of the legal spheres in British India.

Q.3. Re-read the storyboard on how a new law on domestic violence got passed. Describe in your own words the different ways in which women’s groups worked to make this happen.

Ans. People of India came to know from their own direct experiences and through observations and through mass-media that the Indian women were not treated equally and well at their homes and work-places.

i. Several husbands bet their wives.

ii. Some old women were ill-treated by their sons, daughters-in-laws.

iii. Some women (unmarried/widows/divorce or having no kids) were verbally abused or insulting remarks were passed.

iv. Some women who gave birth to only daughters, not a son were also abused.

Indian women wanted protection against being beaten, from all sorts of physical or social violence.

Throughout the 1990s the need for a new law for giving protection to women was raised in different forums. In 1999, a group of lawyers known as lawyers collective, law students and social activists, after a nationwide consultation, took the lead in drafting the domestic violence bill. Some NGOs started the women movement. The Parliament standing committee in its report accepted most of the demands of women’s group. Finally a bill was introduced in the Parliament in 2005. After being passed by the Parliament and getting the approval of the President, the Domestic Violence Act came into effect in 2006.

Q.4. Write in your own words what you understand by the following statement. They also began fighting for greater equality and wanted to change the idea of law from a set of rules that they were forced to obey, to law as including ideas of justice.

i. The word ‘They’ in the above passage stands for the Indian nationalists who were participating in freedom.

ii. The nationalists wanted ‘rule of law’ during the colonial period.

iii. They protested against the law that any one protesting or criticizing the British Government could be arrested without due trial.

iv. The legal rights of Indians were defended.

Q.1. Why do you think our national movement supported the idea that all adults have a right to vote?

Ans. Our national movement supported the idea that all adults have a right to vote because:-

a. The nationalist had started openly criticizing the British government and make demands.

b. As far back as 1885, the Indian National Congress demanded that there be elected members in the legislation with right to discuss the budget and ask questions.

c. The Government of India Act 1909 allowed for some elected representation. However, they did not allow for all adults to vote nor could people participate in the decision making.

d. With the coming of independence, it was felt that the government had to be sensitive to people’s need and demands. This led the nationalist movement to support the idea that all adults have the right to vote.

Q.2 In this 2004 map of Parliamentary constituencies alongside, roughly identify the constituencies in your State. What is the name of the MP from your constituency? How many MPs does your state have? Why are certain constituencies coloured green while others are coloured blue?

Q.3. You have read in Chapter 1 that the 'Parliamentary form of government' that exists in India has three tiers. This includes the Parliament (central government) and the various State Legislatures (state governments). Fill in the following table with information on the various representatives from your area:

Q.1. Give one reason why you think

there should be universal adult franchise.

Ans. universal adult franchise is necessary because it gives all the other people regardless of who they are to vote, to vote and choose their leaders. it also gives other people the feeling that they are important and not thought of in a bad way. it makes them fit in.

Q.2. Do you think there would be

Ans. Yes there will be difference cause there are many advantages and disadvantages of it.

Q.1. Use the terms ‘constituency’ and ‘represent’ to explain who an MLA is and how the person gets elected?

Ans. Constituency is body of voters at certain area who elect there leader. whereas MLA means Member of legislative assembly. who each represent a single electoral district. The role of the Legislative Assembly is to pass legislation, approve public finances, and scrutinize government.

Q.3. From the list below, identify the work of a State government and that of a Central

(a) The decision of the Indian government to maintain peaceful relations

(b)The decision of the Madhya Pradesh government to discontinue Board

exams in Class VIII for all schools under this Board.

(c) Introduction of a new train connection between Ajmer and Mysore.

Q.1. Why do you think there are so

Find the pdf of NCERT Solutions for Class 8 Civics Chapter 3: Why Do We Need A Parliament 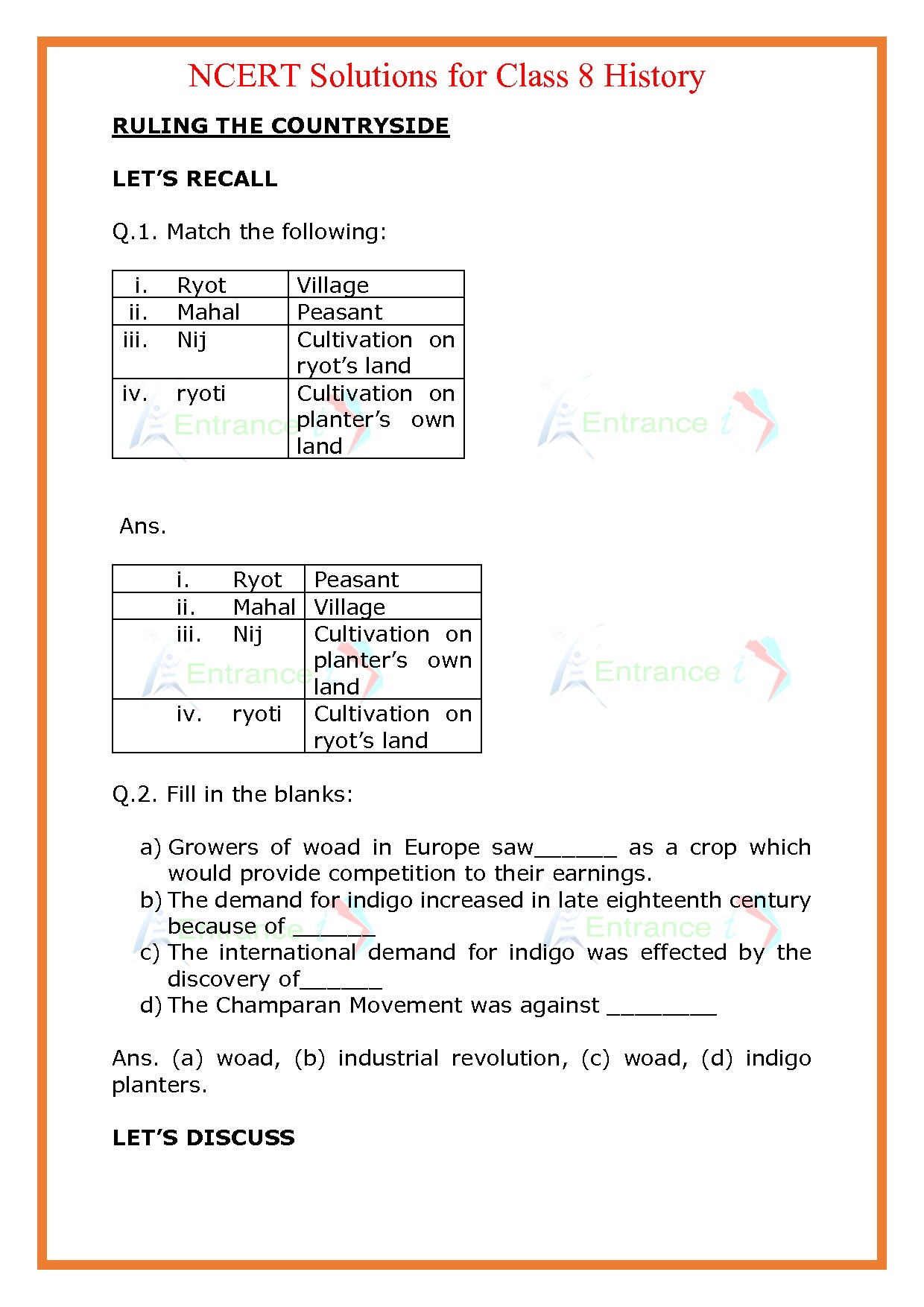 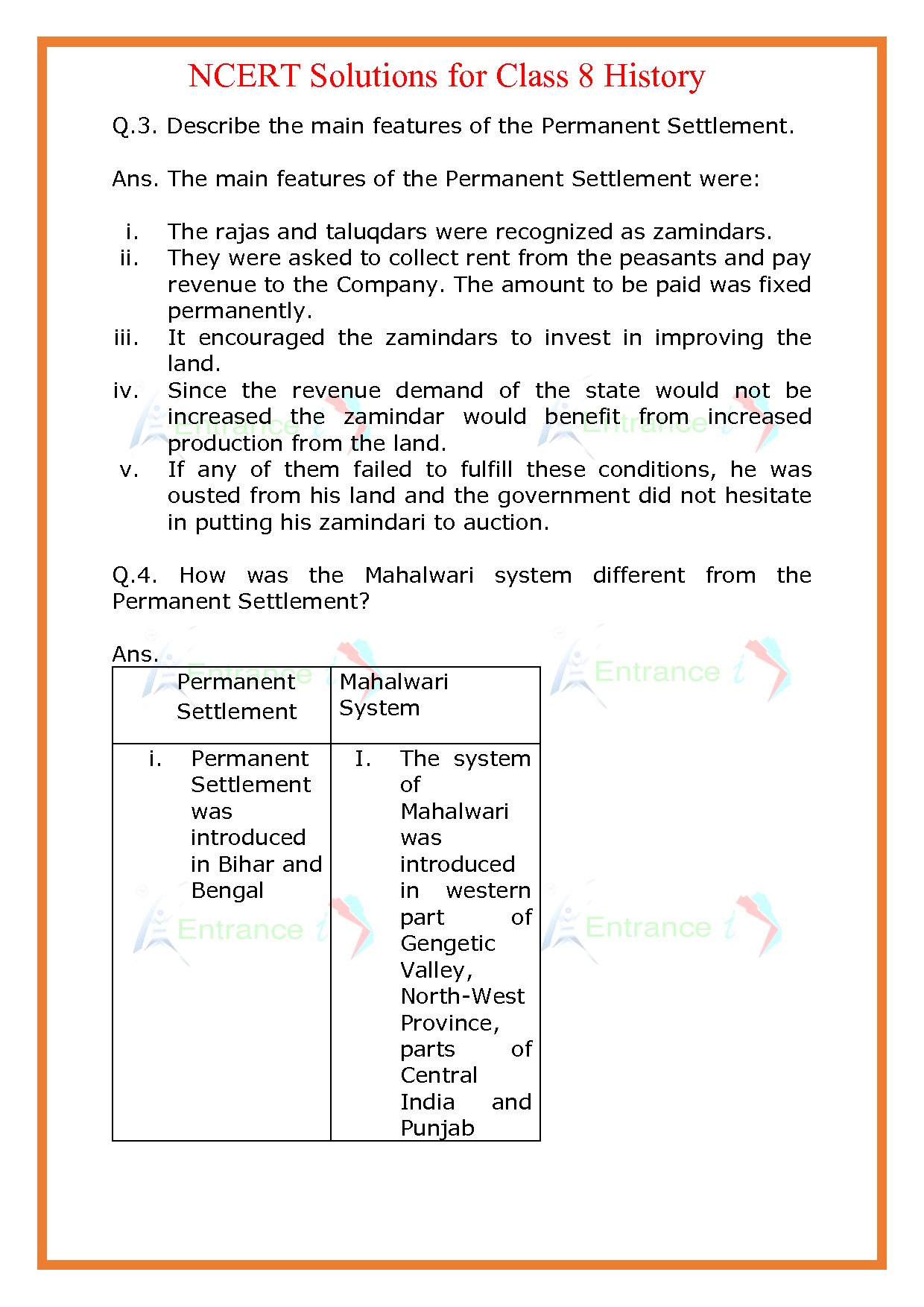