From Trade to Territory of Class 8

From Trade to Territory

Over 400 years after it was first established, the East India Company has relaunched in a new avatar — a luxury goods brand.

At its peak, the company was responsible for 50% of global trade, employed a third of the British workforce, and ruled much of India. Now, the brand will sell luxury gift sets, teas, coffees, jams and other goods inspired by the East India Company's history through its new e-commerce website. The site, and the company's flagship store in London, was launched on Independence Day. 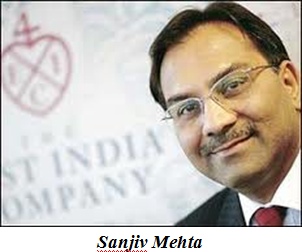 Mumbai-born owner Sanjiv Mehta, 48, says he is just a trustee of a brand that he is taking through the next stage of its history. ''The winds are blowing eastwards and I see the East India Company as a brand tomorrow's India can build upon,'' he says "The world would be a very different place if there had been no East India Company," said Mehta, after the company launched its e-commerce site and flagship store in London on Independence Day.