Nationalism Movement In Indo-China of Class 10

Vietnam gained formal independence in 1945, before India, but it took another three decades of fighting before the Republic of Vietnam was formed. Nationalism in Indo-China developed in a colonial context. The knitting together of a modern Vietnamese nation that brought the different communities together was in part the result of colonisation but, as importantly, it was shaped by the struggle against colonial domination.

EMERGING FROM THE SHADOW OF CHINA:

Indo­China comprises the modern countries of Vietnam, Laos and Cambodia. Its early history shows many different groups of people living in this area under the shadow of the powerful empire of China. Even when an independent country was established in what is now northern and central Vietnam, its rulers continued to maintain the Chinese system of government as well as Chinese culture. Vietnam was also linked to the maritime silk route that brought in goods, people and ideas. Other networks of trade connected it to the hinterlands where non­Vietnamese people such as the Khmer Cambodians lived. 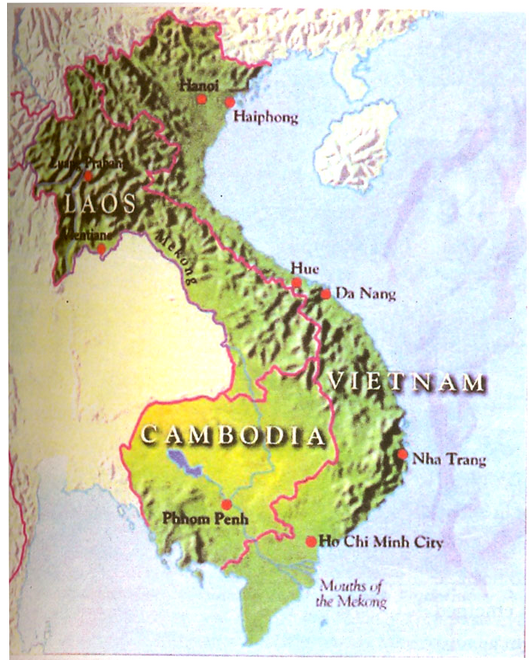 French troops landed in Vietnam in 1858 and by the mid­1880s they had established a firm grip over the northern region. After the Franco ­ Chinese war the French assumed control of Tonkin and Anaam and, in 1887, French Indo ­ China was formed. In the following decades the French sought to consolidate their position, and people in Vietnam began reflecting on the nature of the loss that Vietnam was suffering.

Nationalist resistance developed out of this reflection.

The colonisation of Vietnam by the French brought the people of the country into conflict with the colonisers in all areas of life. The most visible form of French control was military and economic domination but the French also built a system that tried to reshape the culture of the Vietnamese. Nationalism in Vietnam emerged through the efforts of different sections of society to fight against the French and all they represented.

NEED OF COLONY FOR FRENCH:

The three important reasons that explain why the French thought colonies as necessary could be stated as follows:

France was a big European power of the time. It could not be left out when others like Great Britain were going out in a big way.

THE FRENCH BUILD THE RAILWAY SYSTEM IN VIETNAM: