Any motion, which repeats itself in equal intervals of time is called periodic motion. Oftenly, the displacement of a particle in periodic motion can always be expressed in terms of sine and cosine functions. Since the term harmonic is applied to expressions containing these functions, periodic motion is also called harmonic motion.

Characteristics of a Harmonic Motion

The basic quantities characterizing a periodic motion are the amplitude, period and frequency of vibrations.

The amplitude of oscillations is the maximum displacement of a vibrating body from the position of equilibrium.

The time period of oscillations is defined as the time between two successive identical positions passed by the body in the same direction.

The frequency of oscillations is the number of cycles of vibrations of a body completed in one second. The frequency is related to the time period as

The SI unit of frequency is s-1 or Hz (hertz) 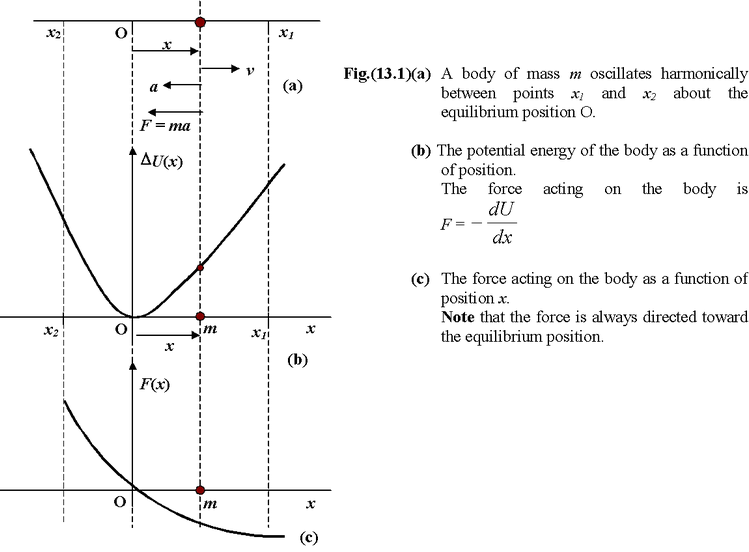 In terms of energy, we can say that a particle executing harmonic motion moves back and forth about a point at which the potential energy is minimum (equilibrium position). The force acting on the body at any position is given by

When a body is displaced from its equilibrium it is acted upon by a restoring force (or torque) which always acts to accelerate the body in the direction of its equilibrium position as shown in the figure.