The sun is the star closest to the earth at a distance of 150 million km from the earth. Light from the sun takes 8minutes 20 second to reach the earth. The diameter of the sun is over 109 times the diameter of the earth and it is 333,000 times as heavy as the earth. The sun is made up of hydrogen gas that is continuously being converted into helium at extremely high temperature. The centre of the sun is thus extremely hot at about 14 million degrees Celsius, while its surface temperature is about 6000 degrees Celsius. Compared to the other stars the sun looks enormous to us as it is so close to the earth. The next nearest star, Alpha Centauri, is several times bigger than the sun, but it appears tiny as it is much away from us. Sometimes, from some areas on the surface of the sun, hot gases shoot outward.

These are called prominences. There are also some darker, relatively cooler patches (of about 4000°C) on the surface of the sun. These spots are called sunspots and are of interest to scientists as they are found to interfere with radio and wireless transmission from the earth. They also produce change in weather on the earth.

The planet are those (bright) heavenly bodies that revolve round the sun. They look like stars but they do not twinkle. Their observed brightness is only due to the light of the sun reflected by them. There are eight planets now in our solar system. They move in elliptical shaped paths called orbits around the sun. The eight planets of our solar system, in increasing order of their distances from the sun are Mercury, Venus, Earth, Mars, Jupiter, Saturn, Uranus and Neptune . The planets, relatively nearer to the sun have features that are quite different from those which are `far off'. We can divide the planets into two categories :

(i) The terrestrial planets, and

Mercury, Venus, Earth and Mars are the terrestrial planets. They have solid and rocky surfaces.

The Jovian planets are Jupiter, Saturn, Uranus and Neptune. These planets are very large in size and are made up largely of gases. 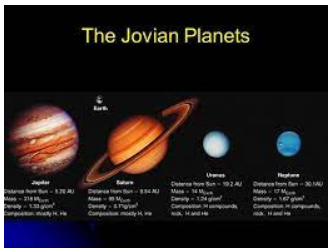 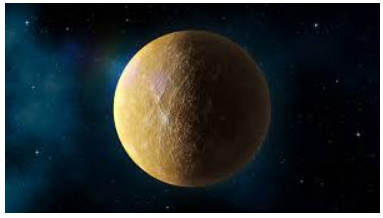 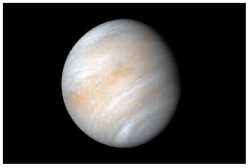 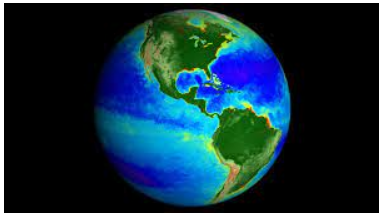 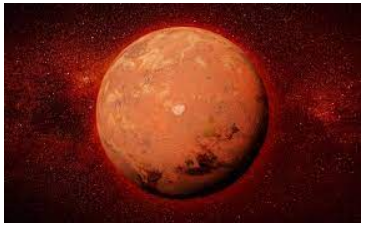 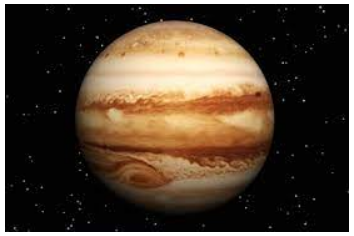 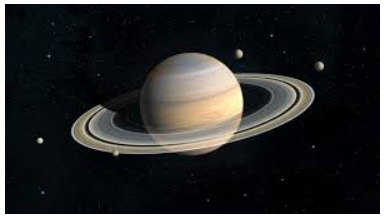 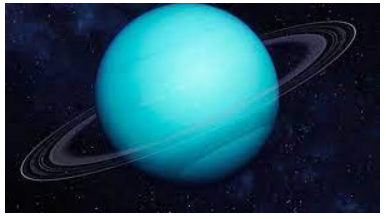 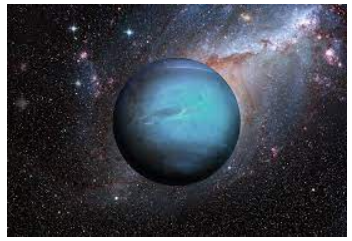 These are very small planets or planetoids that are found mainly in a belt between the orbit of Mars and Jupiter. Each asteroid has its own orbit and the orbits of all of them are spread over a large distance, forming a band. Astronomers have discovered more than 500 asteroids which are larger than 48 km in diameter. Ceres is the largest of the asteroids discovered till now. 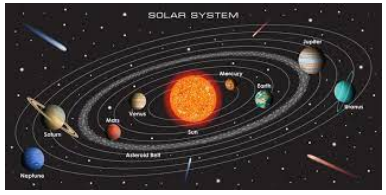 The name comet means a 'hairy star'. Comets are relatively small and icy celestial bodies revolving round the sun. When a comet comes near the sun, some of the 'ice' in it turns into gas. The gas and loose dust, free from ice, create a long illuminating tail that streams behind the comet. The tail of the comet could be as long as 800 million kilometres. Comets are visible only when they are near the sun. This is because the intense solar heat then vaporises parts of their icy matter. There are a few `periodic comets 'that appear again and again after a regular (nearly, constant) interval. One of such periodic comet is the Hailey's comet. It appears approximately after every 76 years. It was last seen in the year 1986. It is, therefore, next expected to `pass by' the earth in the year 2062. 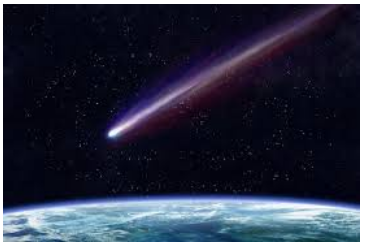 Meteors are pieces of stony or metallic rock widely scattered throughout the solar system. They travel at high speeds around the sun. When meteors come close enough to the earth, they are pulled towards the earth by its gravitational force. As the meteor passes through the earth's atmosphere, it gets burnt due to the immense heat produced by friction with the atmosphere, leaving a brilliant trail of light behind it. Such a meteor is also called a shooting star. Most of the meteors are so small that they burn up completely in the upper atmosphere, but some of the larger meteors may land on the surface of the earth producing craters. Such meteors which land on the earth are called meteorites. 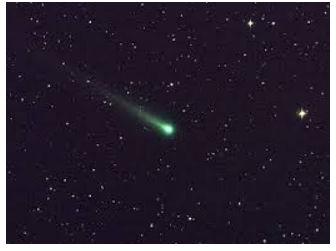 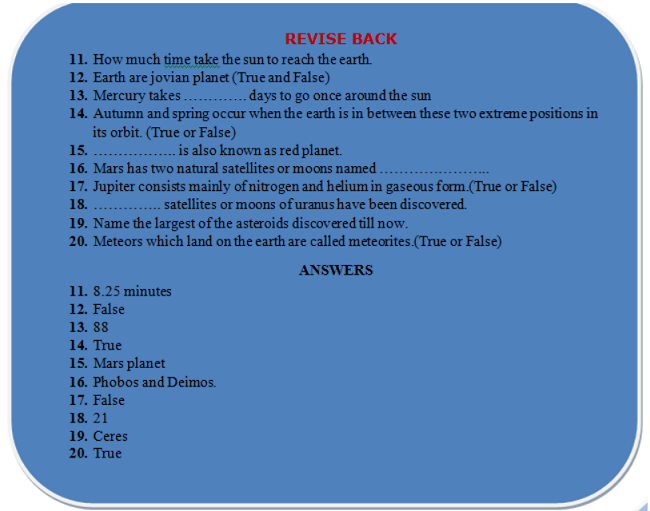