What is the Full Form of IDBI

The full form of IDBI bank is the Industrial Development Bank of India. IDBI Bank is a financial services company which has its headquarters in Mumbai. IDBI was first set up in 1964 to produce credit and other financial facilities for the development of Indian industries. On May 7, 2008, IDBI Bank became IDBI Bank Limited. As the 10th largest bank in the world, IDBI is having around 1602 branches and about 1013 centres. This also includes 2 overseas centres in Singapore and Beijing. 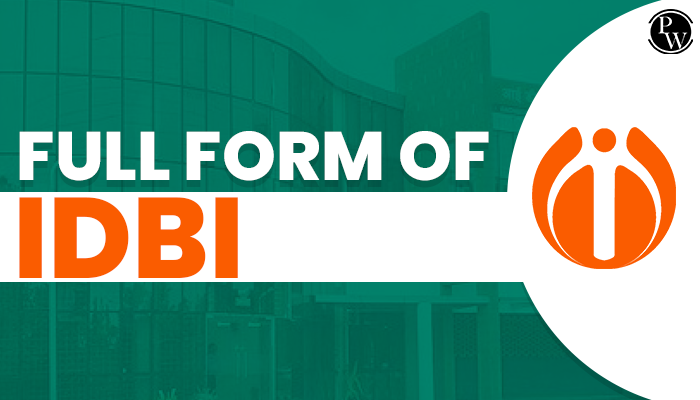 IDBI was first started on July 1, 1964, under the Industrial Development Bank of India Act of 1964. Initially, IDBI was started as a Development Financial Institution. IDBI maintained its DFI status for mostly 40 years, and it was only in 2004 which it was transferred to become a bank.

IDBI transferred to become a bank from a financial institution mainly due to many commercial requirements. Then IDBI was transferred to IDBI Ltd. Ever since IDBI has performed both as a bank as well as a financial institution. After getting the United Western Bank Satara, IDBI enlarged its branches from 195 to 425 in the year 2006. In 2019, LIC got about 51% of IDBI’s controlling stake, re-categorizing IDBI as a private sector bank.

1. IDBI has played a significant role in nation-building for the past 40 years.

2. Its strongest presence is within the agriculture sector.

3. It was responsible for devising industrial growth in India whereas keeping the national priorities of the country in mind. IDBI additionally regulates the working of many financial institutions, which includes ICICI, IFCI, UTI, LIC, commercial banks, and even SFC.

4. The IDBI grants loans and advances to scheduled banks and different state cooperative banks. It additionally helps in advisory and consulting services to other merchant banks.

8. With the support of IDBI, some financial institutes were built and some of them include Exim bank, Stock Holding Corporation of India, etc.

IDBI offers a wide range of personal banking and agricultural banking services. We’ve listed some services and products offered by IDBI below.