What is The Full Form of RBC ?

About the full form of RBC? 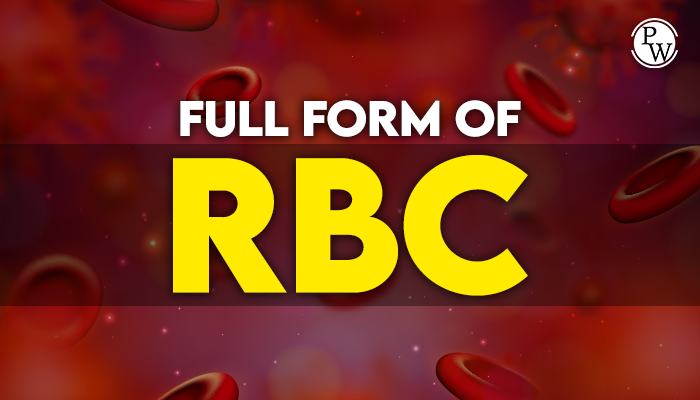 1.      The ratio of the volume of blood that includes all red blood cells is called the hematocrit.

4.      Erythrocytes are constantly being produced in the bone marrow because they remain in the blood for about 120 days before the spleen or liver excrete them.

5.      The bone marrow produces enough erythrocytes to make up for the deficit by removing old erythrocytes.

6.      A tiny, round, disc-shaped cell that does not contain a nucleus is a mature human erythrocyte. On a peripheral blood smear, it is about 7-8 micrometers in diameter.

7.      To move through the smallest blood vessels or blood capillaries, they have a flexible membrane that allows them to change their appearance.

8.      In an adult, there are around 4.5 to 6 million erythrocytes per cubic millimeter of blood volume.

It is believed that red blood cells play a very important role in our body, the main function of which is to carry oxygen into body tissues in exchange for carbon dioxide carried by the lungs.

You should also know that there is an element called a hemo cytoplast that takes about 2 days to make red blood cells in our bodies. Where you'd be quite surprised to learn that the body produces up to 2 million red blood cells every second. Blood contains 45% red blood cells, 1% white blood cells and platelets, and 55% plasma, which mainly helps our body function properly.

1.      The respiratory pigment that binds to oxygen or carbon dioxide molecules is an erythrocyte.

2.      It involves the transport of oxygen to various tissues and organs in the human body.

3.      It also extracts carbon dioxide, which is replenished in the lungs from multiple organs and tissues.

2.      They are excreted through the circulatory system when their life cycle is complete.

3.      The lifespan of erythrocytes is shortened when a person suffers from chronic diseases.