Evidence from morphology and comparative anatomy

Evidences of Evolution of Class 12

Structural features of organisms provide evolutionary relationship among them in following ways:

Homology (term by Richard Owen 1804 - 1892) : Organs having same origin with similar or different function .Eg. Heart and brain of vertebrates (fish to mammal) have same origin and basic structural plan but have changed in the course of evolution. Hand of man, wing of bat, wing of birds, flipper of whale & forelimb of cow, are originally the forelimb of tetrapod, but for different functions have become functionally different. Mouth parts and Leg of insects e.g cockroach, grasshoper, honey bee, cricket, aquatic beetle are different in their form and function but have same origin Leg consists of same five segments; coxa, trochanter, femur, tibia and tarsus in all. Thorns of Bougainvillia and the tendril of Cucurbita are homologous but functionally different. Homologous organs provide evidence for divergent evolution. 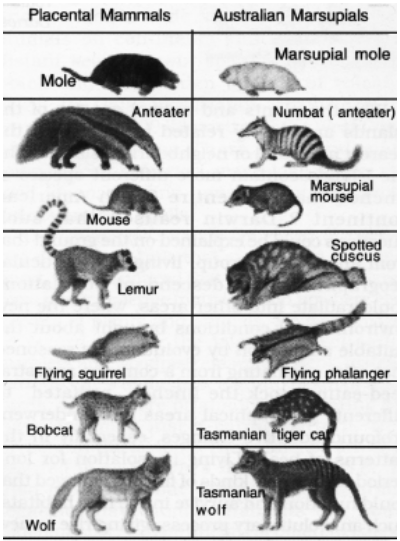 The organs once functional in ancestral form later become non-functional (or degenerated) Presence of such structure in an animal indicates their origin from the stock where it was functional.