Carbon and its compound of Class 8

Hydrocarbons are compounds that contain only the elements hydrogen and carbon. As hydrocarbons contain carbon, they are called organic compounds. Many hydrocarbons occur naturally in coal, natural gas and petroleum (oil). Hydrocarbons are used in industry to make many different products, such as dye, glue, gasoline, plastic and wax.

Methane is also called marsh gas as it is formed in marshy places due to the decomposition of vegetable matter under water.NCERT solutions for class 8 Science prepared by Physics Wallah will help you to solve your NCERT text book exercise.

Note: LPG is stored and marketed in steel cylinders, each containing about 14 kg of gas. The liquefied gas is mixed with a small amount of a strong smelling substance, called ethyl mercaptan(C2H5SH), which helps to detect any leakage of the gas.

Natural gas: Natural gas is another fossil fuel obtained from oil wells. It occurs in a layer reserve just above the layer of crude petroleum, trapped between two layers of impervious rocks. Along with petroleum, natural gas was formed millions of years ago from the anaerobic carbonization of marine plants and animals. A mixture of gaseous hydrocarbons, its main constituent is methane. Gases like ethane,propane and butane constitute about 5% of natural gas.

CNG: Now adays compressed natural gas has become a popular fuel for three wheelers, cars and buses. It does not cause much pollution and is a relatively cheap fuel.

Biogas is a mixture of gases obtained by the degradation and the decomposition of animal and plant matter. It is chiefly composed of methane. The other gases present in biogas are carbon dioxide, hydrogen, traces of hydrogen sulphide and water vapour.

Formation of biogas: Animal dung and plant wastes contain fats, carbohydrates, proteins and anaerobic bacteria. The waste material is mixed with water and allowed to ferment in the absence of air for 30–40 hours. The anaerobic bacteria slowly decompose the complex organic compounds to form biogas. The residue contains all the necessary plant nutrients and is therefore used as manure.

This gas is also found in coal mines. Coal gas which is a mixture of methane, hydrogen, carbon monoxide, nitrogen, ethylene, acetylene, carbon dioxide and oxygen is formed when coal is heated in the absence of air. Coal gas is used as a fuel. Natural gas contains about 90% methane. It is formed in swampy areas by slow decomposition of organic matter in the absence of oxygen.

NOTE: Methane gas is also formed in the intestines of ruminating animals such as cows and buffaloes and in the bodies of termites. 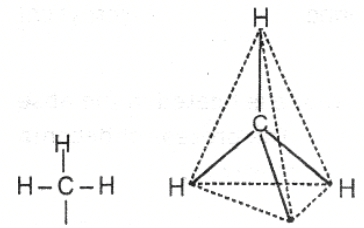 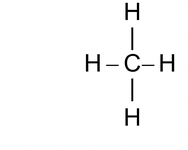 (i) Combustibility : On being ignited, it burns with a blue flame, forming carbon dioxide and water vapours.

(iii) Pyrolysis : When methane is heated in the absence of air to 1000oC, it decomposes to form carbon and hydrogen. The process of decomposition of an organic compound into elements on heating is called pyrolysis.

(e) Uses of Methane:Methane is an excellent fuel for cooking. 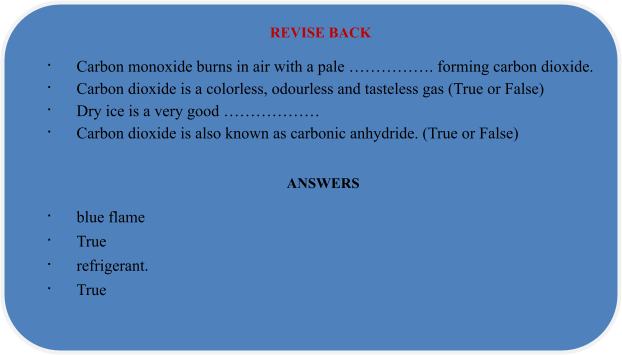