The mechanism, by which the sex of an individual is determined as it begins life, is called sex determination.

The sex of the child is determined at the time of fertilization when male and female gametes fuse to form zygote. 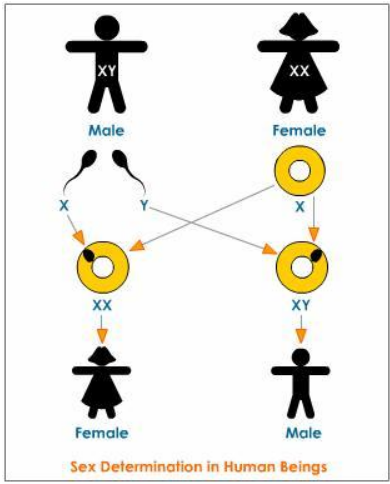