Improvement of food resources of Class 9

Biofertilisers are micro-organisms(like bacteria, algae and fungi used singly or in combination) or biologically active products which are used to enrich soil fertility.

Some of the Biofertilisers are given below:

Water, an indispensable treasure for life, is also a basic component for all types of agriculture. The soil becomes barren without water.

The basic source of water is rainfall and in India most of the agriculture is rain-fed. However, the monsoonal climate is erratic with respect to onset, intensity, duration, distribution and retreat. To avoid this, our agriculture needs an alternative arrangement of water supply called irrigation.

Thus, irrigation is defined as the application of water to the soil for the purpose of supplying moisture essential for plant growth especially during stress periods.

Some common sources of irrigation are : 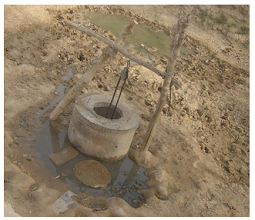 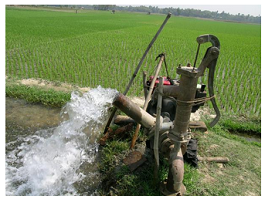 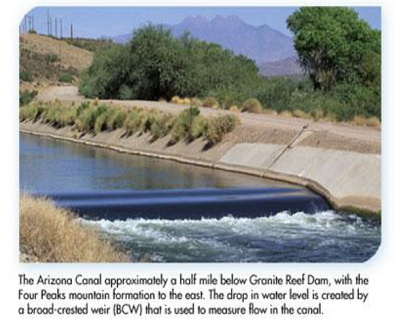 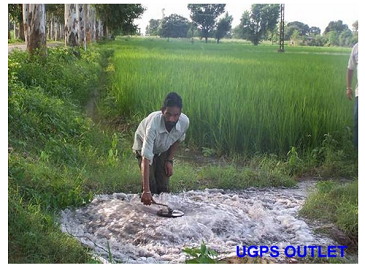 In India there are three major types of rivers. They are: 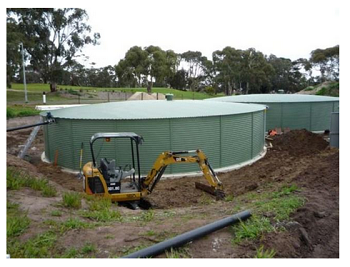 Fresh initiatives for increasing the water available for agriculture include rain water harvesting and watershed management.

Rain water harvesting : Rain water is collected and recycled into ground by digging tunnels. This water percolates into the soil. Thus, the water table is maintained. It can also be poured into a well or used for filling ponds in low level areas.

Watershed management: Small check dams are built up in watershed areas to increase percolation of water into the ground, reduce flow of rain water to prevent soil erosion.

Advantages of irrigation : Irrigation has many advantages over reliance on natural water supplies:

It is the practice of growing two or more types of crops simultaneously on the same piece of land. Different crops to be grown are selected in such a way that products & wastes from one crop can stimulate the growth of other crop.

Selection of crops for mixed cropping : Following criteria are taken into  account :

Intercropping: Improved version of traditional mixed cropping in which two or more crops are grown simultaneously in the same field but in a definite row pattern is called intercropping.

Crop rotation: The fertility of soil is reduced if one crop is grown in a field for several years. The soil shows deficiency of same type of nutrients. Also, the disease causing pathogens multiply and increase in number as they get their host every year. This can be avoided by growing different crops in a pre-planned succession. For example, a mustard crop is alternated with sugarcane which is again alternated with berseem or any other crop. Such type of planned alternate cropping is called crop rotation.

Depending upon the duration, crop rotation is classified as: 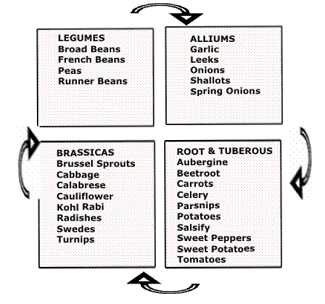 The crop provides us the products of economic or commercial values and thus it becomes our prime duty to provide protection to crop plants from their enemies. The various enemies of our crop plants are:

Removal of weeds from the field is called weeding.

Undesirable plants which grow along the crop plants and compete with them are called weeds.

There are over 30,000 species of weeds around the world, out of which 18,000 species are very harmful for crop plants.

Weeds deplete soil’s nutrients, water and light available to crop. As a result of this crop yield decreases.

They also interfere with agricultural practices. Sowing the seeds with seed drills is not possible in presence of weeds. Contamination of food grains with weed seeds such as Datura and Argemone is harmful to human health.

They produce unpleasent odour to flour. Weeds harbour so many pests which cause diseases in crop plants. They also harbour some organisms like mosquitoes that transmit the diseases to human beings.

There are many methods which are used to control weeds. However, there is no single method to control all types of weeds. We just apply a combination of methods at a time. Some of the common methods are discussed hereunder.

Cultural methods : Tillage, plantation, application of fertilisers and irrigation etc. come under cultural practices which help in controlling the weeds. Of these, tillage, fertiliser application and irrigation are important. They should be used in combination with other methods. These methods alone can not control weeds, but help in reducing their population.

Hand-weeding : Pulling out the weeds by hands or uprooting them with the help of small tools is known as hand weeding. This is a very common and effective method for most of the weeds growing in low density.

Hand-hoeing : This method is also very effective. In this method, the entire soil surface is dug to a shallow depth by hard hoes (Hoe is a tool which is used for loosening the soil). The weeds are easily uprooted by this method.

Digging : Weeds can also be removed by digging upto a certain depth. It is very useful in case of perennial weeds. Cynodon dactylon (doob grass) is removed by this method.

Mowing : By this method, weed plants are cut to the ground level. This method is usually practised in non-cropped areas, lawn and gardens. Repeated mowing weakens the underground parts of perennial weeds. The common mowing tools are sickle, saythe and lawn mower.

Burning : It is the cheapest, method to remove the weed plants. It is done in uncropped fields on road sides, field bunds and ditch etc. This helps in phosphorus enrichment of the soil.

Biological methods : In this method, Bio-agents such as disease causing micro-organisms, insects, birds and other animals are used to control weeds. They infest the weeds and reduce their growth or even kill them. Thus, the population of weeds is controlled.

In India and Australia, over-growth of cacti was controlled by cochineal insect (Cactoblastic cactorum). This insect is the source of a biological stain called carmine used for colouring the chromosomes. Recently, in California a weed named Hypericum perforatum has been controlled by a beetle called Chrysolina.

Harmful pests of our crop plants are small insects which attack the plant in 3 ways:

Many pathogenic organisms like fungi, bacteria, viruses, nematodes, etc, damage the plants and reduce the yield. These diseases are infectious and can be transmitted through soil, water and air. Some of these diseases are epidemic and cover a large area of population resulting in severe outbreak.

Depending upon their mode of occurrence, crop diseases are of following four main types: