The word Genetics was coined by an English biologist William Bateson in 1905 [regarded as Father of Modern Genetics. The word Genetics is derived from a greek word ‘gen’ meaning to become or to grow into. Genetics is the branch of biology which deals with the study of heredity and variation.

Heredity :- Transmission of characters from one generation to another generation is called heredity.For example, human babies are like human beings in over all characteristics. This has been summed up in the phrase ‘like begets like’.

Variation :- The tendency through which the organisms differ in specific ways from one-another is called variation. e.g. we can easily distinguish the members of a family, except the identical twins.

Variations appear in offsprings or siblings due to :- 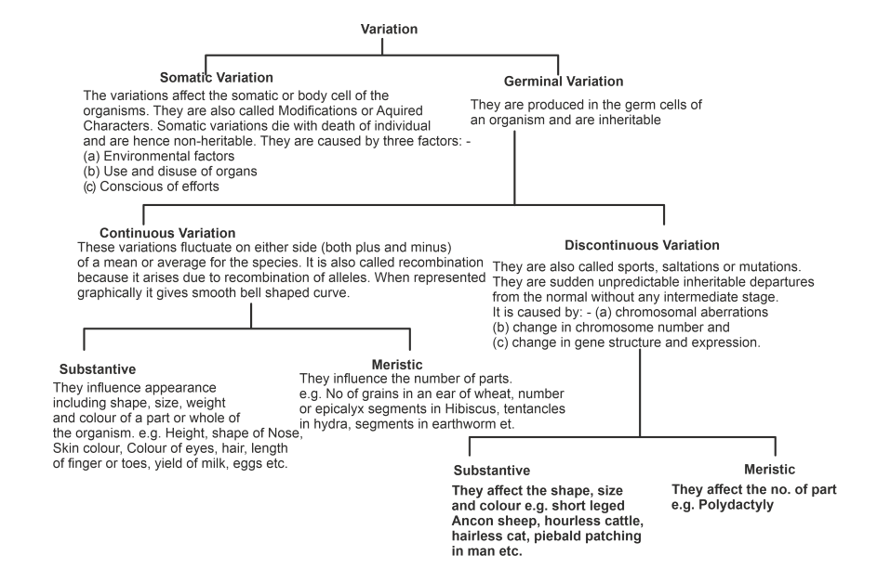 Gregor Johann Mendel Mendel was born on 22 July 1822 at Heinzendorf in Austria. Mendel worked in Augustinian Monastry in Brunn, as monk. In 1856–57, he started his historical experiments of heredity on garden pea plant. [Pisum sativum] His experimental work continued on pea plant till 1865. The results of his experiments were published in the science Journal ‘Natural History Society of Brunn’ in 1866 entitled “Experiments on plant Hybridization”. Mendel died on January 6, 1884, due to kidney disorder.

Mendel’s work remain unnoticed and unappreciated for some 34-35 years due to :–

Rediscovery of Mendel’s Work (the birth of Genetics)

It was in 1900 that three botanist independently rediscovered the principles of heredity already worked out by Mendel.