Let a body, whose initial position is xt, is acted upon by a variable force (whose magnitude is changing continuously) and consequently the body acquires its final position xf. 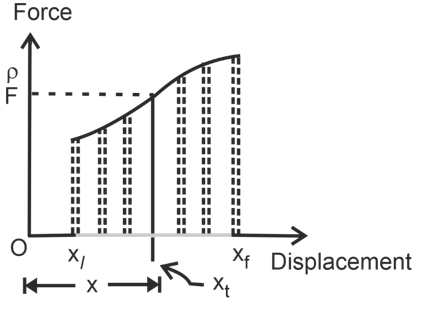 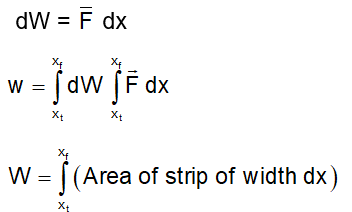 Displacement Equations for these Calculations:

Different resources always use slightly different variables so you might also encounter this same equation with vi or v0 representing initial velocity (u) and vf representing final velocity (v) given below:

Problem 1: A 10 kg mass moves along x-axis. Its acceleration as a function of its position is shown in the figure. What is the total work done on the mass by the force as the mass moves from x = 0 to x = 8 cm 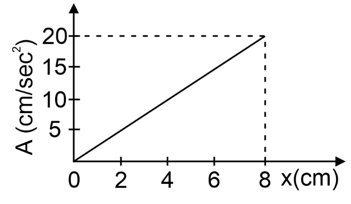 Solution: Correct option is a

Work done on the mass = mass × covered area between the graph and displacement axis on a-t graph.

Problem 2: The relationship between force and position is shown in the figure given (in one dimensional case). The work done by the force in displacing a body from x – 1 cm to x – 5 cm is 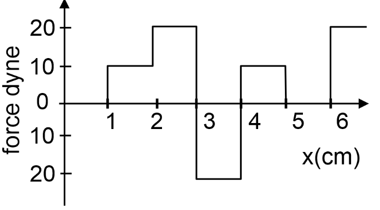 Solution: Correct option is a 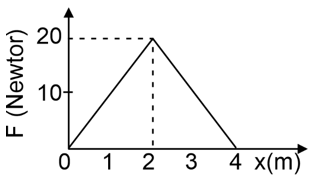 Initial kinetic energy of the body