Motion is the action of changing location or position. If we study motion without regards to the forces or energies that may be involved is called Kinematics. 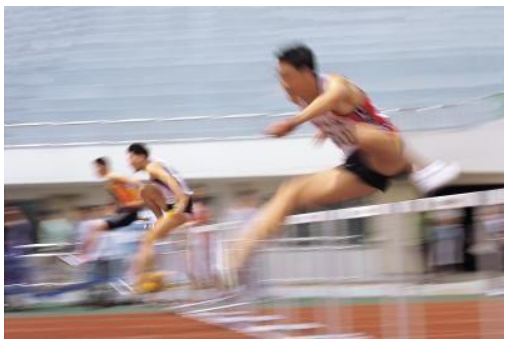 It is the branch of science which deals with the study of the natural laws and their manifestation in the natural phenomenon.

If deals with the conditions of rest or motion of the material objects around us.

It deals with the study of object at rest or in equilibrium, even when they are under the action of several forces (measurement of time is not essential).

It deals with the study of motion of objects without considering the cause of motion measurement of time is essential.

It deal with the study of objects taking into consideration the cause of their motion.

Any kind of movement in a body is known as motion. A body is said to be in motion when its position or state changes continuously with respect to a stationary object taken as a reference point. Motion is a relative term.

A body is said to be at rest when its position or state does not change with respect to a stationary object taken as a reference point. Rest is also a relative term.

MOTION OR REST : A RELATIVE TERM

Motion or rest is a relative term that means a body can be at rest or in motion at the same time depending upon the point of reference. For example :

Ex. We know that the earth is rotating about its axis and revolving around the sun. The stationary objects like your classroom, a tree and the lamp posts etc., do not change their position with respect to each other i.e. they are at rest. Although earth is in motion. To an observer situated outside the earth, say in a space ship, our classroom, trees etc. would appear to be in motion. Therefore, all motions are relative. There is nothing like absolute motion.

Concept of a Point Object :

In mechanics while studying the motion of an object, sometimes it dimension are of no importance and the object may be treated as point object without much error. When the size of the object is much less in comparison to the distance covered by the object then the object is considered as a point object.

Ex. If one travels by a car from one place to another faraway place, then length of the car is ignored as compared to distance traveled.

Ex. Earth can be regarded as a point object for studying its motion around the sun.

To locate the position of object we need a frame of reference. A convenient way to set up a frame of reference is to choose three mutually perpendicular axis and name them x-y-z axis. The coordinates (x, y, z) of the particle then specify the position of object w.r.t. that frame. If any one o more coordinates change with time, then we say that the object is moving w.r.t. this frame.NCERT solutions for class 9 Science  prepared by pw will help you to solve your NCERT text book exercise.