In nature, there are several elements, whose atoms have the same atomic number but different mass number, such atoms are known as isotopes and can be defined as:

“Isotopes are the atoms of the same element, having the same atomic number but different mass number”.

As, it is known that

So we may conclude that isotopes contain the same number of electrons as well as protons, and we know that

But as we know that number of protons in them are equal so we can conclude that isotopes of an element differ only in the number of neutrons present in the nucleus. This can be understood more clearly by the following examples:

Ex. Isotopes of Hydrogen: There are three isotopes of hydrogen, namely protium, deuterium and tritium.

They have only one proton, but differ in the number of neutrons and contain 0, 1, 2 neutrons in their nucleus respectively.

Ex. Isotopes of Carbon: Carbon has mainly two isotopes which are as follows:

Ex. Isotopes of Chlorine: There are two isotopes of chlorine which are as follows: 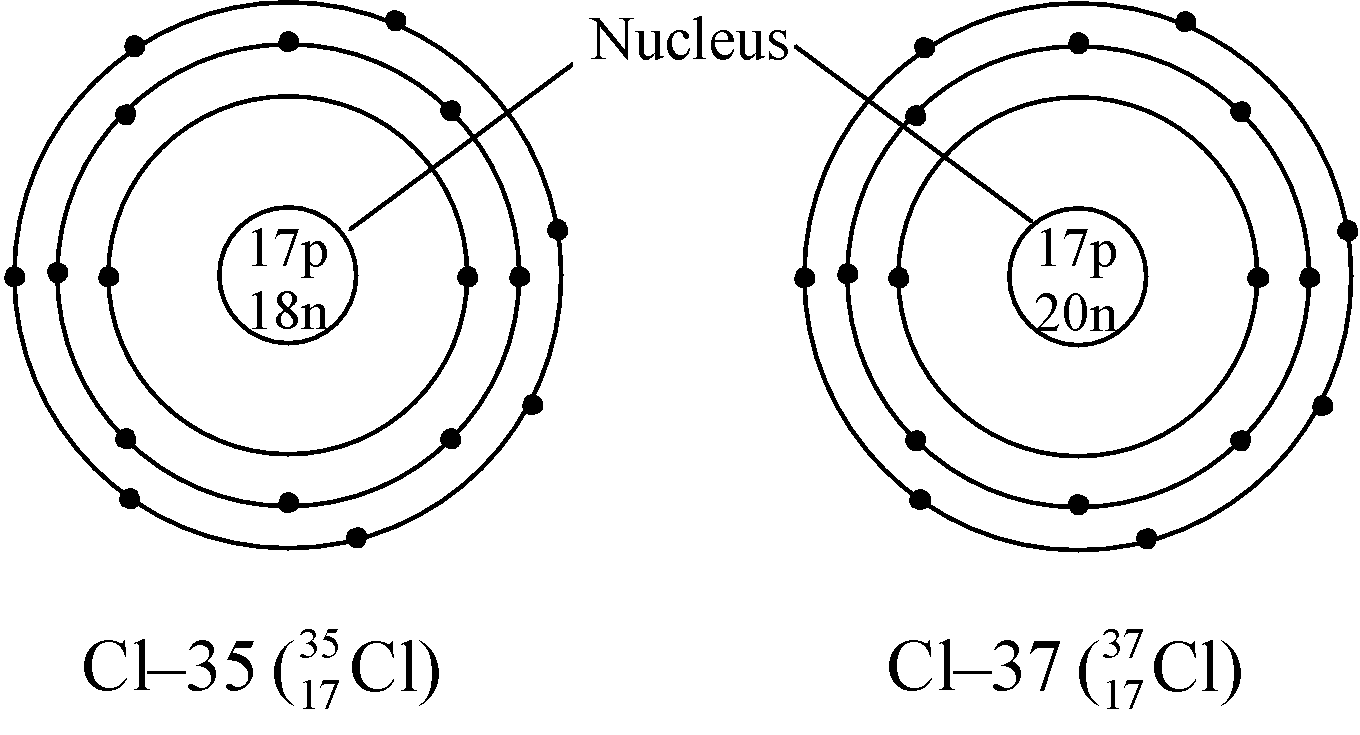 The mass of an atom of any natural element is taken as the average mass of all the naturally occurring atoms of that element. Hence, if an element has no isotope then the atomic mass of its atom would be the same as its mass number. But if an element occurs in isotopic form, then we have to know the percentage of each isotopic form to calculate its average atomic mass.

Ex. Calculation of average atomic mass can be explained with the help of the following example:

In nature, the two isotopic forms of chlorine viz., 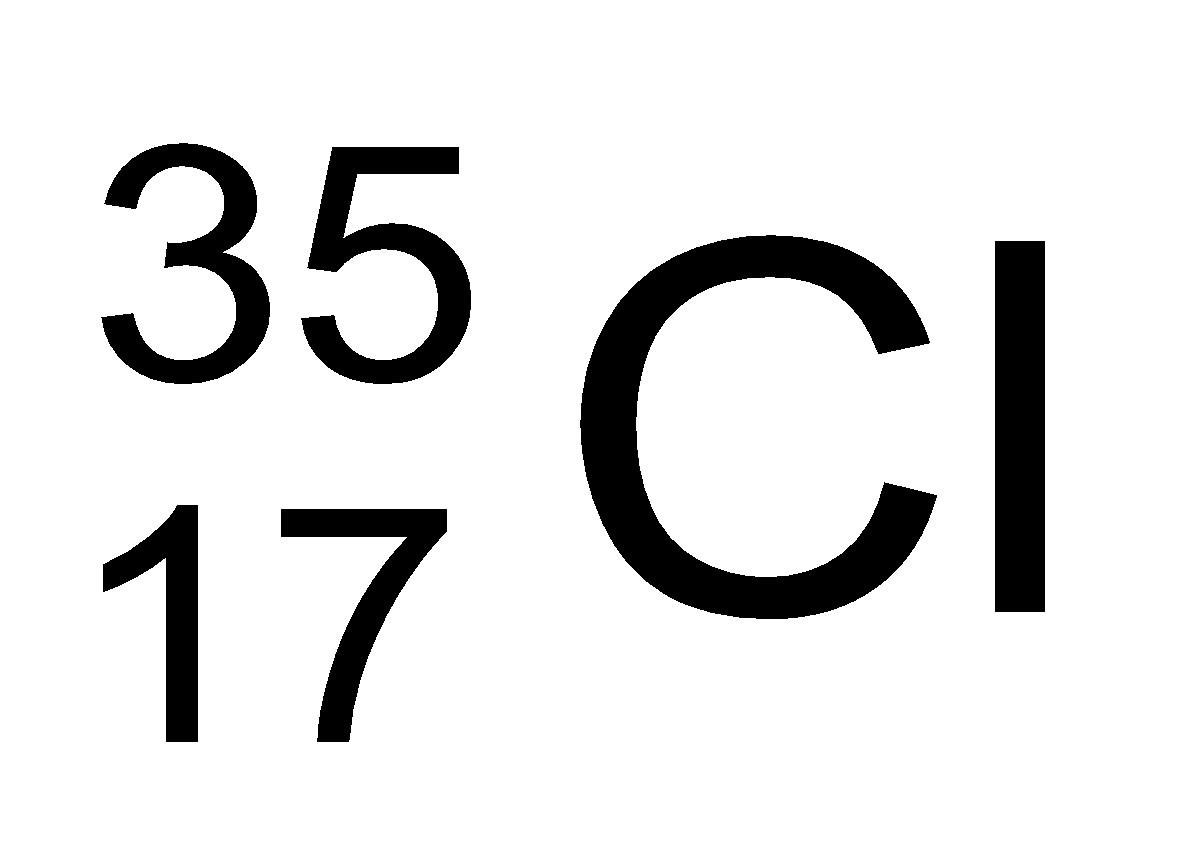 Isotopes (Like Uranium - 238) are used in nuclear reactor to produce energy and power.