A polyhedron is a geometric solid in three dimensions with flat faces and straight edges. 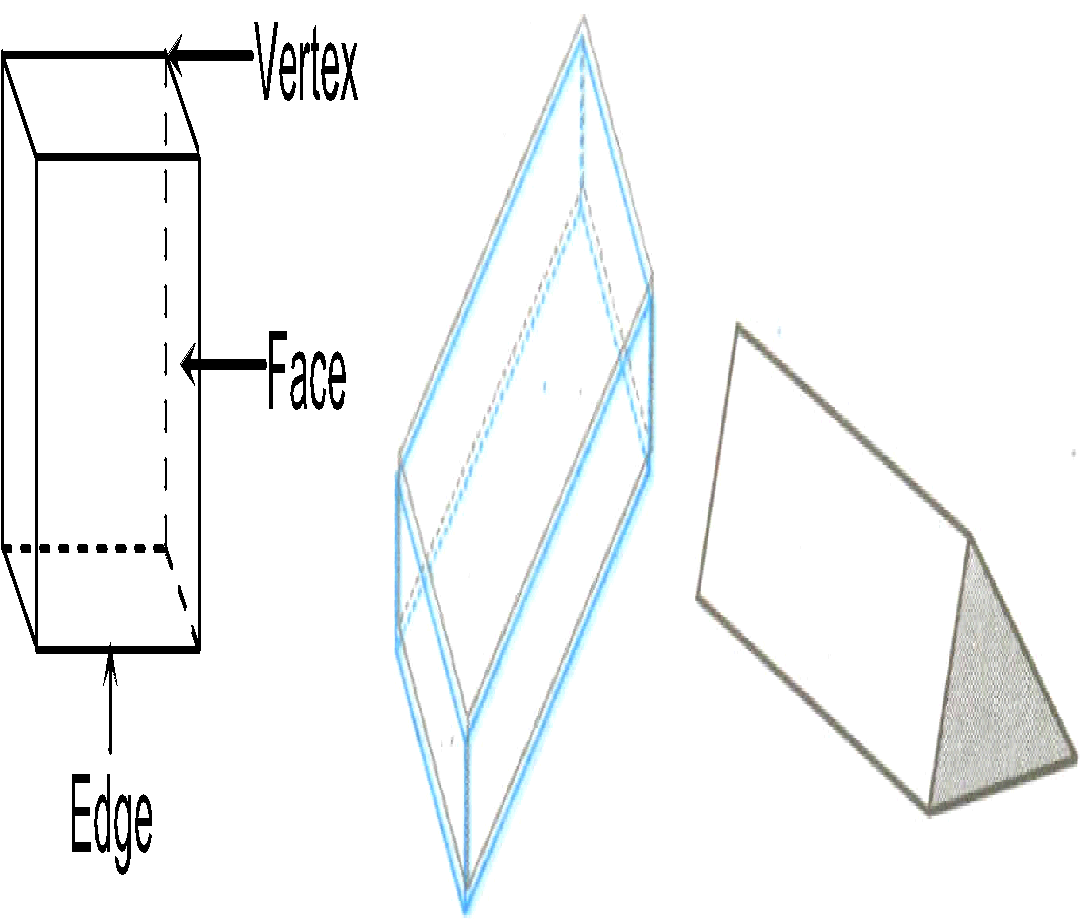 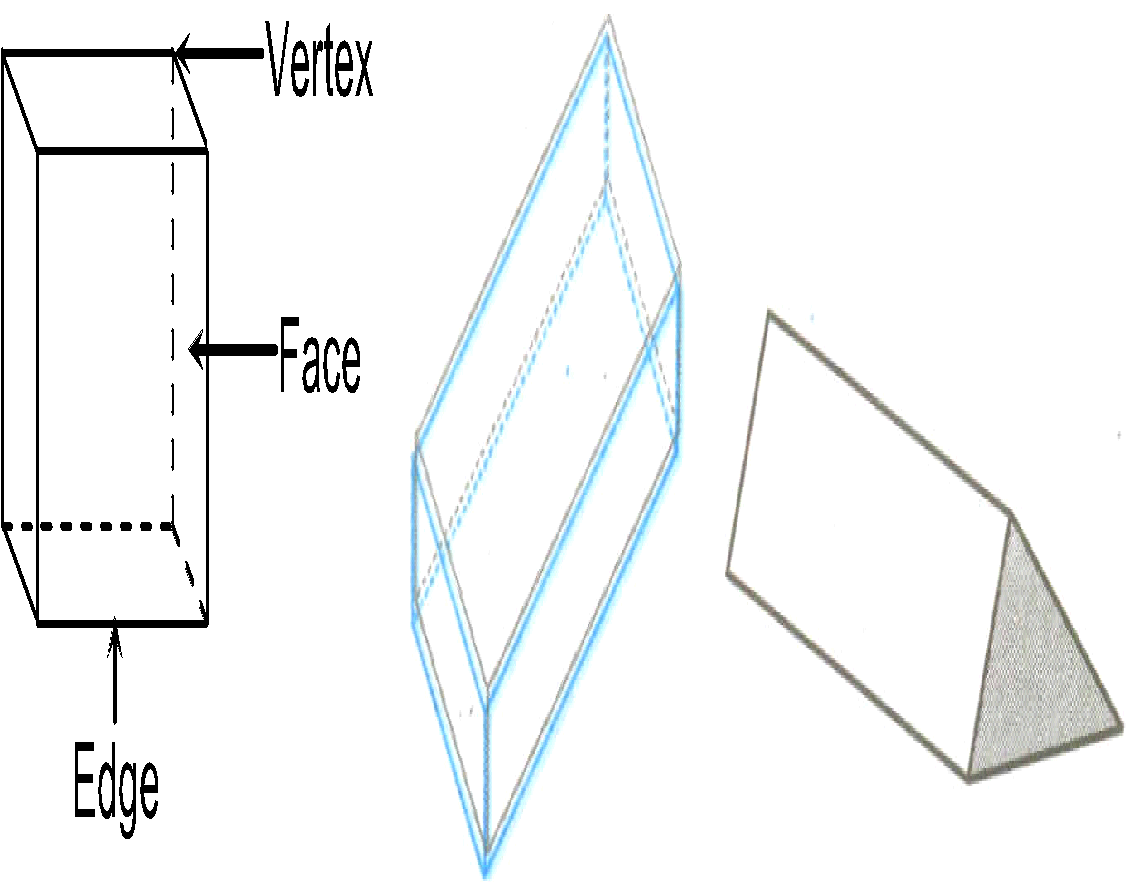 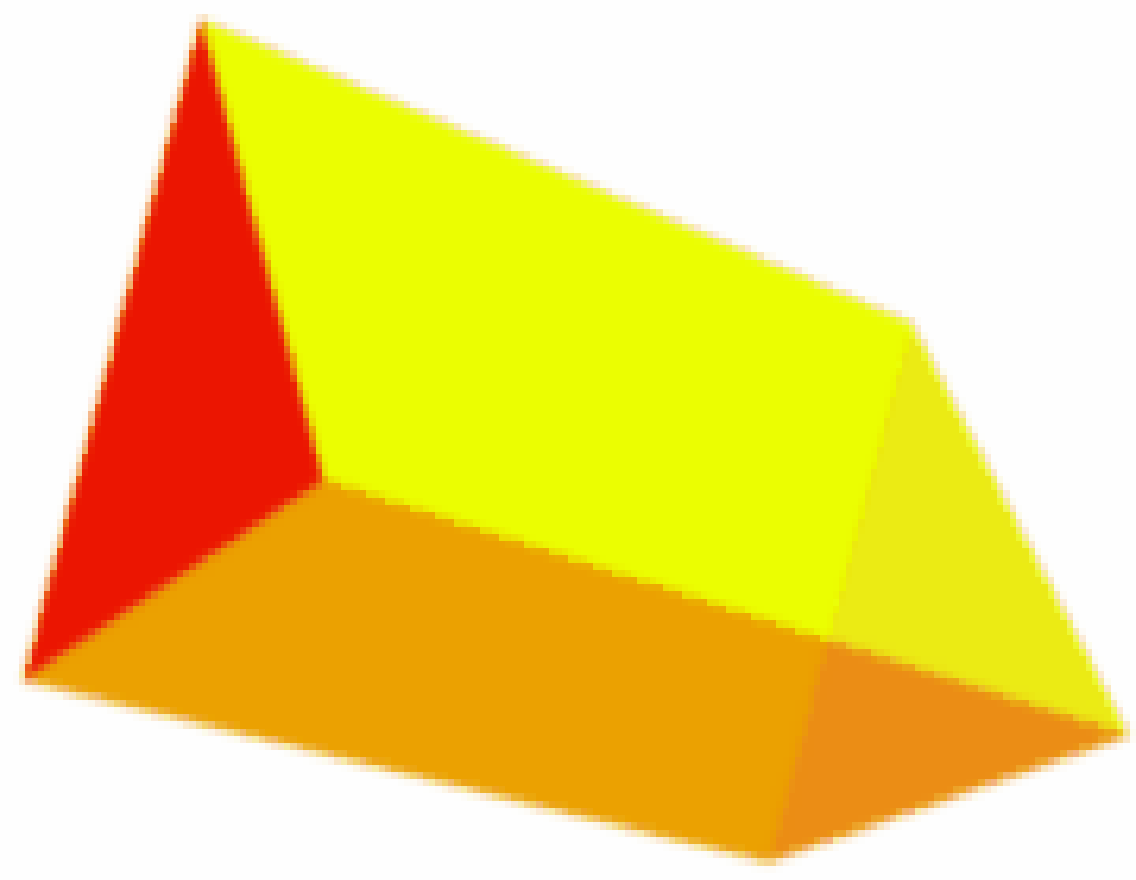 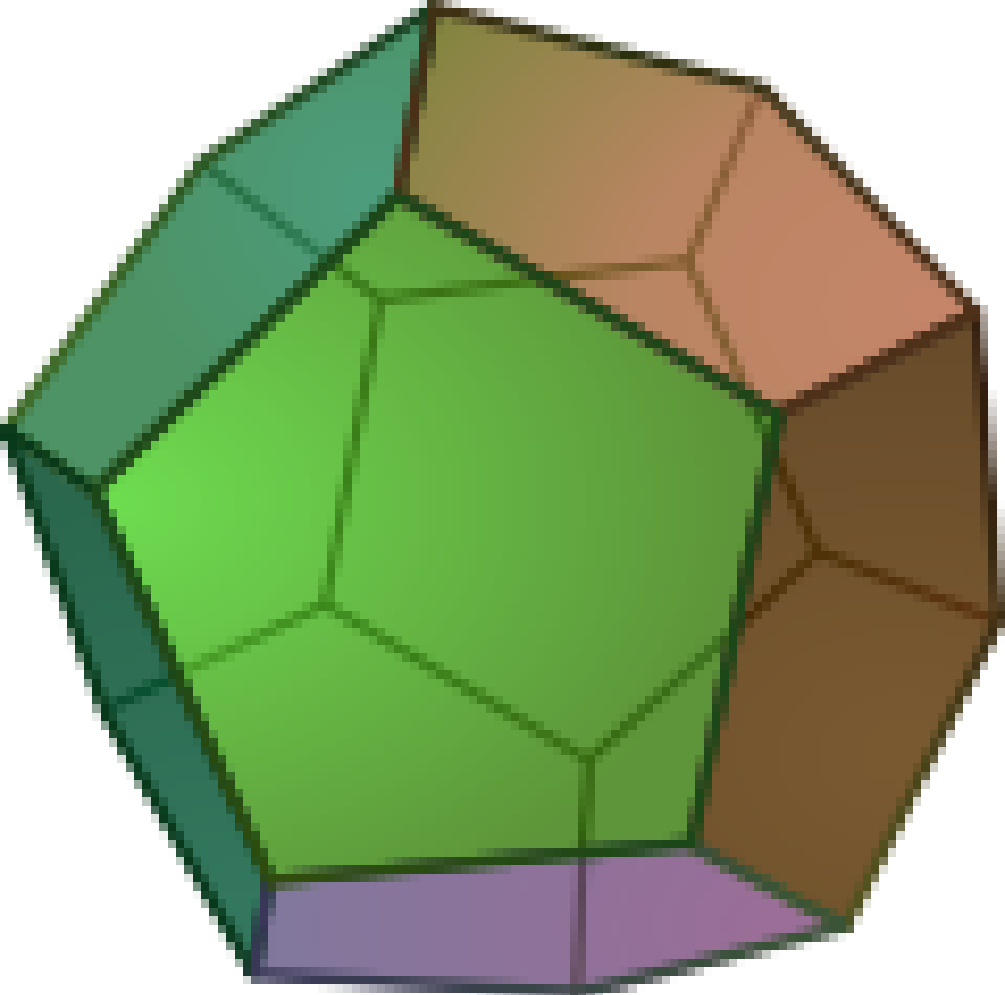 A defining characteristic of almost all kinds of polyhedra is that just two faces join along any common edge. This ensures that the polyhedral surface is continuously connected and does not end abruptly or split off in different directions.

Edges have two important characteristics (unless the polyhedron is complex):

These two characteristics are dual to each other.

A polyhedron is said to be regular if its faces are made up of regular polygons and the same number of faces meet at each vertex.

Two important members of polyhedron family around are prisms and pyramids.

A pyramid is a polyhedron whose base is a polygon (of any number of sides) and whose other faces are triangles with a common vertex.


Any polyhedron can be built up from different kinds of element or entity, each associated with a different number of dimensions:

3 dimensions: The body is bounded by the faces, and is usually the volume enclosed by them.

2 dimensions: A face is a polygon bounded by a circuit of edges, and usually including the flat (plane) region inside the boundary. These polygonal faces together make up the polyhedral surface.

1 dimension: An edge joins one vertex to another and one face to another, and is usually a line segment. The edges together make up the polyhedral skeleton.

0 dimensions: A vertex (plural vertices) is a corner point.

-1 dimension: The null polytope is a kind of non-entity required by abstract theories.

The table below shows the number of faces, edges and vertices of each of the platonic solids. Here, v stands for vertices, f for faces and e for edges.

The above table clearly shows that

Leonard Euler (1707-1783) discovered this formula which established the relationship among the number of faces, edges and vertices of a polyhedron.

Where F = number of faces

The Euler characteristic χ relates the number of vertices V, edges E, and faces F of a polyhedron:

So, F+V-E can equal 2, or 1, and maybe other values, so the more general formula is

Where χ is called the "Euler Characteristic".

Here are a few examples:

If any students need to take the online test to check their concepts or undertstanding then they can visit online test for class 8 maths.