The fraction of molecules having either very high or very low speeds is very small. Majority of molecules have speed near to Crms in the middle of the range of molecular speeds. The total area under the curve in Figure is a measure of total number of molecules in collection.

It is denoted by Crms = root square mean value 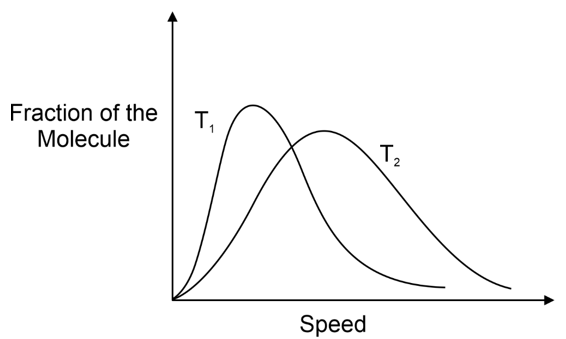 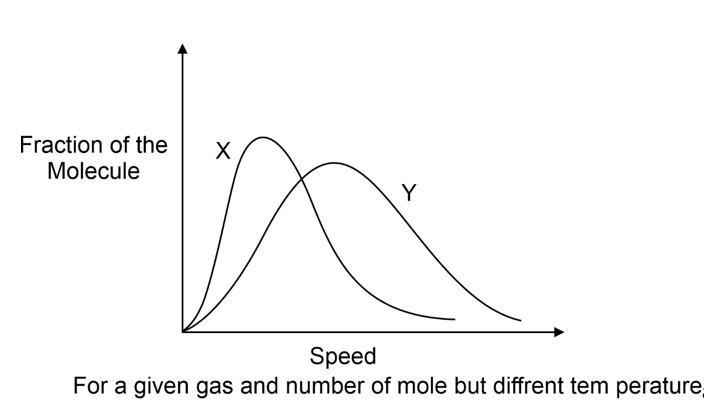 Since the distribution is continuous, we can write :

Imagine a cube of edge-length l, containing N molecules, each having a mass of m. Molecules are moving at random in all directions, with speed covering a considerable range of values. The velocity u1 of any molecule may be resolved into three- component velocities designated as ux, uy and uz., These are in the three directions at right angles to each other and parallel to the sides of the cube as shown in figure. The component velocities are related by the expression

Considering the x-component motion of a molecule, we will have Momentum of molecule before collision with the side ABCD = mux.

Momentum of the molecule after collision with the side ABCD = –mux. 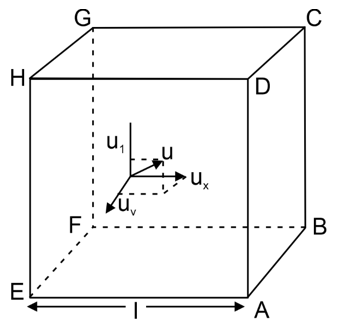 Change of momentum of the molecule in a single collision with the side ABCD = |2mux|. Since l is the edge length of the cube, the molecule has to travel a distance 2l to arrive back at the wall ABCD. The number of collisions per unit time with the wall ABCD will be equal to ux/2l.

According to Newton’s second law of motion

= d/dt(momentum = rate of change of momentum

where V is the volume of the vessel

Since each molecule will exert similar pressure, the total pressure exerted on the wall ABCD will be

Defining the mean square speed as

Since the directions x, y and z are equivalent, we will also have

From Maxwell distribution we already know