Standard EMF of a Cell

Thus the standard electrode potential of a metal may be defined as the potential in volts developed in a cell consisting of two electrodes , the pure metal in contact with a molar solution of its ions andSHE. 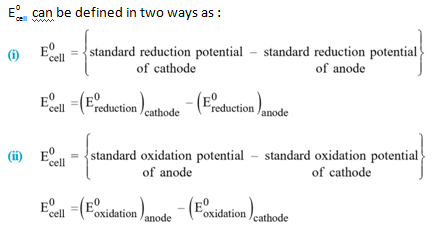