The fundamental principles to understand charges either positive or negative are coulomb’s law. If a charge particles moves then it results as current.

Electricity has an important role in modern society. In a span of more than 900 years, electricity convenient and widely used forms of energy in the world. One of the practical advantages of electricity as a form of energy is that it can readily transmitted over considerable distances with relatively small loss in energy.

This makes it possible to supply electricity from a central generating plant to any location. A type of energy fueled by the transfer of electrons from positive and negative points within a conductor. Electricity is widely used for providing power to buildings, electric devices, and even some automobiles.

A number of individuals are responsible for the development of electricity, but the most notable one is Benjamin Franklin and his flying kite experiment. Franklin was able to determine that lightning was a form of electrical discharge. Electricity are of two types as listed here under:

A Physical phenomena produced due to charges at rest is known as static electricity. 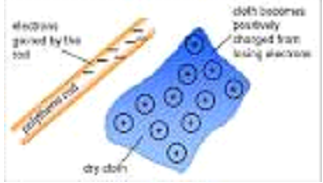 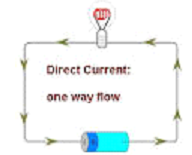 Now we will understand how these charges produced electricity.

Ans. It is an electric device that converts chemical energy into electrical energy when it sends current in a circuit.

Q2. Name the constituents of a cell?

Ans. A cell constitutes of the following:

Q3. What is a secondary cell?

Ans. The potential difference between two conductors equals the work done in transferring a positive unit charge from one conductor to the other. It is a scalar quantity.

Q6. What do you mean by efficient use of energy?

Ans. It means reducing the cost and amount of energy used to provide various products and services.

To score More in your class 9 refer NCERT Solutions for Class 9. And If any students need to take the online test to check their concepts or undertstanding then they can visit Quiz for Electricity.