How To Draw Graph Of Quadratic Polynomials

Calculate the points where the curve meets y-axis by putting x = 0.

which is the turning point of curve.

Draw a smooth curve through these points by free hand. The graph so obtained is called a parabola.

The following table gives the values of y or f(x) for various values of x. 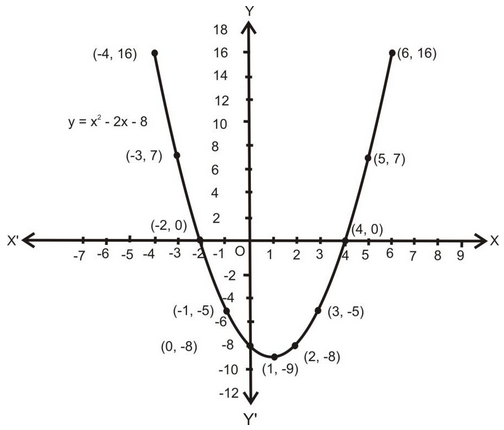 For additional information related to the subject you can check the Maths Formula section.

Graph of a Cubic Polynomial

Graphs of a cubic polynomial does not have a fixed standard shape. Cubic polynomial graphs will always cross X-axis at least once and at most thrice.

The values of y for variable value of x are listed in the following table :

Plotting these points on a graph paper and drawing a free hand smooth curve through these points, we obtain the graph of the given polynomial as shown figure. 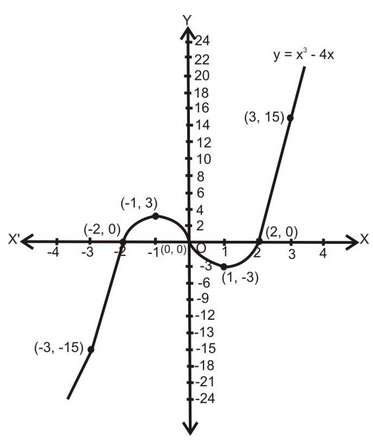 For the graphs of the polynomial f(x) = x3 – 4x, following observations are as follows:

Relationship Between Zeros and Coefficient of a Quadratic Polynomial

Sum of the zeros

Product of the zeros

Relationship Between Zeros and Coefficient of a Cubic Polynomial

Comparing the coefficients of x3, x2, x and constant terms on both sides, we get 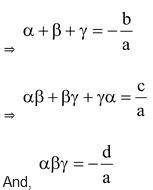 ⇒ Sum of the zeros

⇒ Product of the zeros

Cubic polynomial having α,β and γ as its zeros is given by

} where k is any non-zero real number.

where k is a non-zero constant.

Students can also access the class 10 Math Notes from here.