Reproduction in animal of Class 8

Reproduction is the ability of living organisms to produce new organisms similar to them. It is one of the important characteristic of life.

Reproduction is one of the most characteristic features of living organisms. Life would not exist on Earth if plants and animals did not reproduce to make their offspring. By reproducing, a living organism can be sure that there is another individual of its kind to take its place when it dies. In this way a species of organism guarantees its survival.

This can be of two types:

Asexual reproduction occurs in protozoans and some animals such as sponges, coelenterates, certain worms and tunicates. It is absent among the higher invertebrates and all vertebrates.

Fission: It is the simplest form of reproduction in which unicellular organism either divides into two or many organisms. 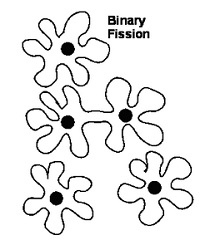 Budding is also of two types: 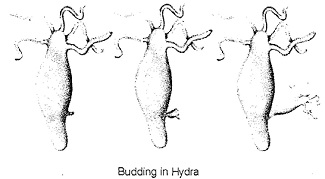 Fragmentation: It is a type of reproduction or the regeneration ability of the organism to replace their lost part. In this process an entire new organism can grow from certain pieces or cells of the parent organisms. e.g. Flatworm.

Spore formation: It is a process of reproduction most commonly found in fungi, some cocci and bacillus bacteria. During this process a structure called as sporangium is formed. In this structure nucleus divides several times and each nucleus with a little trace of cytoplasm forms a spore. These spores are then liberated out and develop into a new hyphae, e.g. Rhizopus.