A ratio is a comparison of two similar quantities obtained by dividing one quantity by the other. Ratios are written with the : symbol.

We can understand ratio in different form as

Since a ratio is only a comparison or relation between quantities, it is an abstract number.

them. E.g.A man has to travel 50 k.m. and time taken is 2 hours. In this case we will not take the ratio of these quantity. Because we know that the distance covered divided by time is velocity this is not ration quantity. 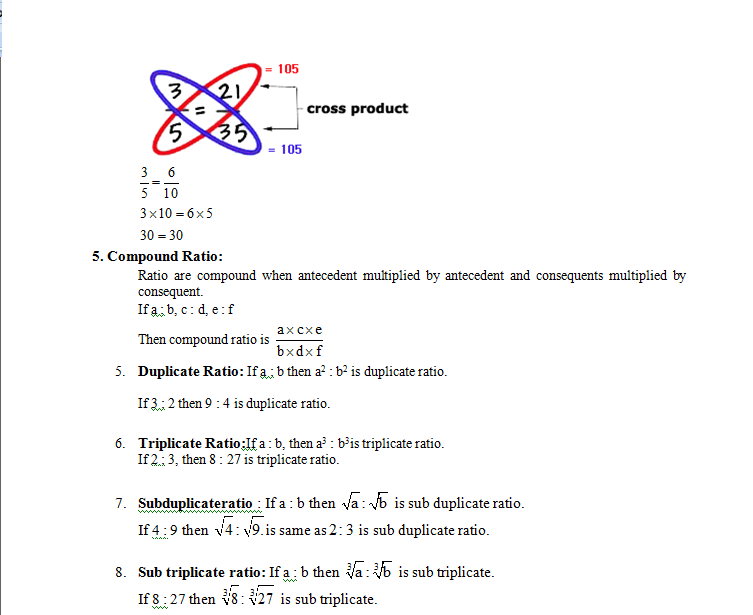 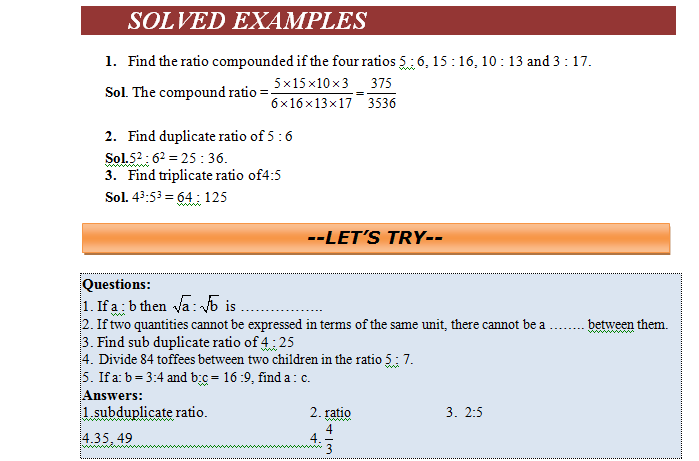