Geometry is about the properties and their structures which can be further categorize into:

The point is a mark of position. A dot represents a point. We denote the point with the letters A, B, P, Q etc. The point has no length, breadth or thickness. 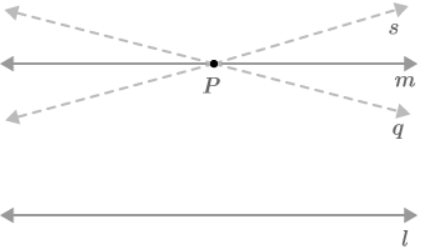 Three or more points are called collinear points, if there is a line that contains them all. 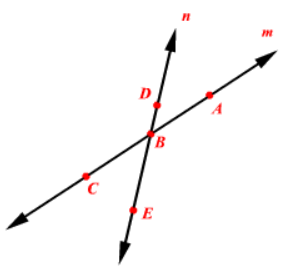 Two lines with the same point are called intersecting lines. A common point in two given lines is called their meeting point. In the illustration, lines AB and CD meet at O. 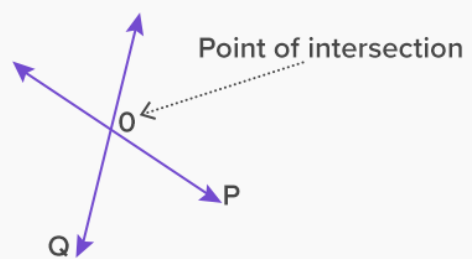 The two lines l and m in the plane are said to be parallel, if they do not have the same point and are labeled as l || m. The distance between two parallel lines remains the same.

Simple closed curves made up of line segments are called polygons. The line segments that form a polygon are the sides of a polygon. Any two sides with a common end point are called adjacent sides. The point of cross-cutting is called the vertex. The end points on the same side of the vertices are adjacent. The part of the line that connects any two adjacent vertices to the polygon is diagonal. The ABCDEF is a polygon. 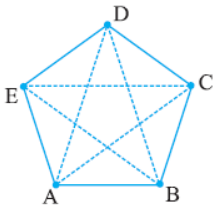 The line sections AB, BC, CD, DE, DF, and FA are known as polygon ABCDEF components.

The meeting place of the two sides of the polygon is known as the vertex. In the ABCDEF polygon, the sides of AB and BC meet in point B. Thus, point B is called the vertex of the polygon. Similarly, some vertices are A, C, D, E, and F.

A line that connects any two adjacent vertices of a polygon is known as its diagonal. In the next polygon ABCDEF, the diagonals are AC, AD, AE, BD, BE, BF, CE, CF, and DF.

Q1. A set of points with one end point and can be extended in one direction is

A ray has only one end point.

Q2. Number of end points a line segment has

Line segment is a part of line having two end points.

Q3. Number of lines that can be drawn from two distinct points on a plane

We can draw only one line from two points.

Q5. How many lines can be drawn that pass through two different points?

Only one line can be drawn which can pass through two different points.

Q6. Which of the following statement is true?

Every line segment has a definite length

Q7. The common end point of an angle is called

Common end point of an angle is called vertex.

Q8. The interior and boundary of a triangle is called

Q9. Number of arcs made by a chord on a circle

Any part of a circle is called an arc, and a chord is a line segment whose end points always lie on the plane of the circle.

Q10. Each equal part of the circle is called

Each half part of the circle is called semicircle.