Some Basic Elements Of Geometry

Basics of Geometry of Class 6

Some Basic elements of Geometry

A point has position and its location can be ascertained. If has no length, breadth or thickness. A dot made with a sharp pencil may be taken as roughly representing a point.

Some examples: The corners of a square, the tip of an ice cone etc, are examples of a point.

The basic concept of a line is its straightness and it extends indefinitely in both directions.

Points lying on the same line are called collinear points.

A plane is a flat surface extending in definitely in all directions. 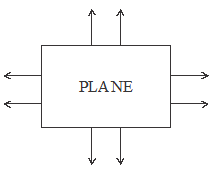 We know that the two adjacent walls of a room intersect along a line, while the floor and ceiling of a room do not intersect.

The planes which do not intersect are called parallel planes.

The planes which intersect along a line are called intersecting planes

Two or more lines which lie in the same plane are called coplanar lines. 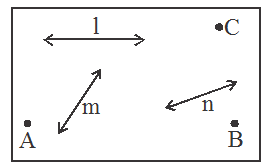 Three or more lines passing through the same point are called con-current lines. The common point is called the point of concurrence.

A line segment is a part of a line. It has two end points and a definite length.