Nomenclature And Classification Of Hydrocarbons

Introduction to organic chemistry of Class 9

NOMENCLATURE AND CLASSIFICATION OF HYDROCARBONS

According to IUPAC system, the name of organic compound, in general consists of the following parts.

Secondary suffix is used to indicate the functional group in the organic compound. The terminal 'e' of the primary suffix is dropped if it is followed by a suffix beginning with 'a', 'i', 'o', 'u' or 'y'.

Prefix is a part of the name which appears before the word root. Prefixes are used to represent the names of alkyl groups (branched chains) or some functional groups which are regarded as substituents.

Some hydrocarbon Groups along with their Prefixes

Some functional group which are always represented by prefixes

In order to have better understanding of various rules of nomenclature, let us discuss it in different parts as

Hydrocarbons are named according to the following general rules. 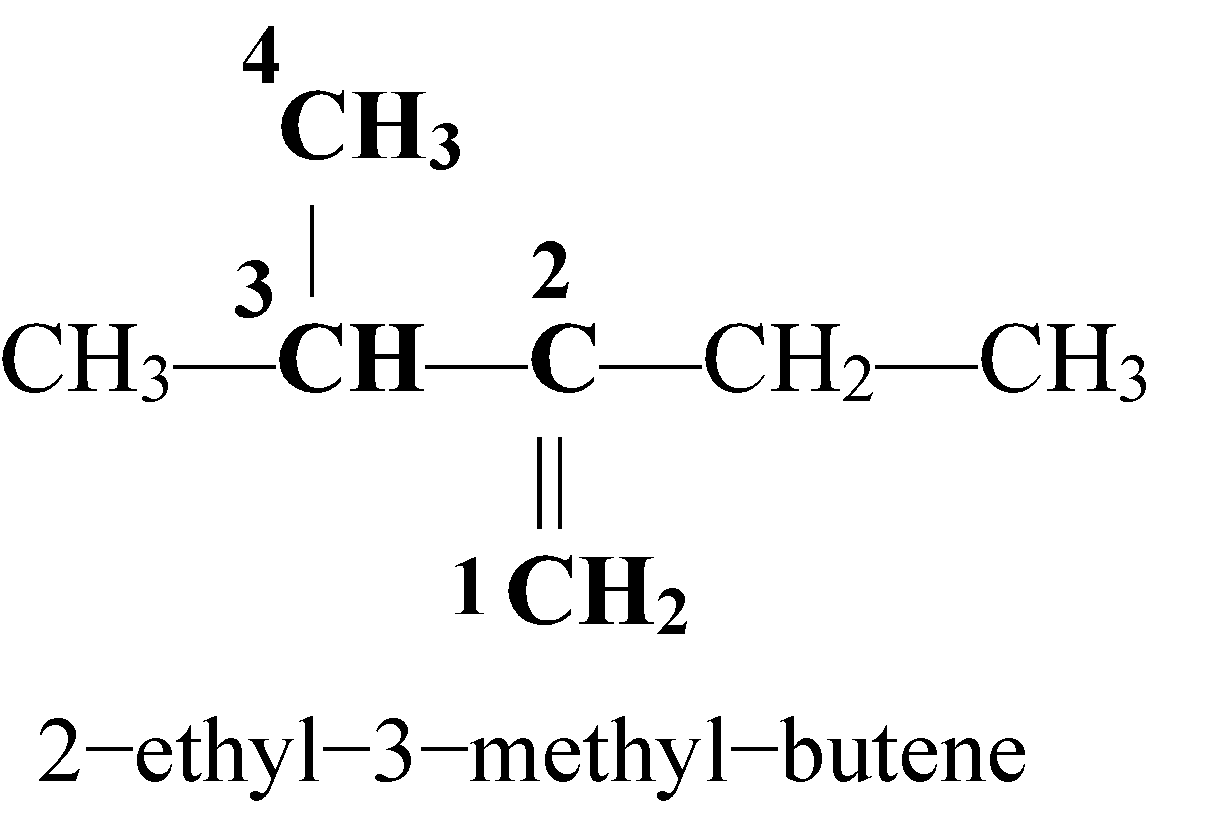 If two equally long chains are possible, the chain with maximum number of side chains is selected as parent chain. For example,

In some cases, the longest chain is ruled out at the expense of conjugated system. For example,

The selected parent chain is numbered using Arabic numerals and the positions of the alkyl groups are indicated by the number of the carbon atom to which the alkyl group is attached. The numbering is done in such a way that the substituted carbon atoms have the lowest possible numbers. When series of locants containing the same number of terms are compared by term, that series is lowest which contains the lowest number on the occasion of first difference. Some examples are given below:

2,7,8Trimethyldecane is the correct name of the above compound 3,4,9−Trimethydecane is wrong name through it has the lowest sum of numbers. The first name is correct because in the first case substituent gets lower locant value than the second one.

In case of unsaturated hydrocarbons, the carbon atoms involved in the multiple bond should get the lowest possible number, For example.

The name of the compound, in general is written in the following sequence:

The above sequence is illustrated in the following examples.

If the compound contains more than one similar alkyl groups, their positions are indicated separately and an appropriate numerical prefix: di, tri, etc. is attached to the same of the substituent. The positions of the substituents are separated by commas. For example,

In the light of the above rules, let us write the IUPAC name of some alphatic hydrocarbons.

Here substituted propyl group is present at carbon number 4 of the parent chain. The propyl group has two methyl substituents as carbon number 1 of the alkyl group. Thus, the name of the compound is 2,2,7−Trimethyl− 4 − (1−methylpropyl) nonane

Here substituted ethyl group is present at carbon number 4 of the parent chain, this ethyl group has two methyl substituents. Thus, the name of the compound is 3−Ethyl−4, 7−dimethyl−4−(1,1−dimethylethyl) decane.

(II) Nomenclature Of Compounds Having One Functional Group

Rule 3, Rule 4 and Rule 5 are used in the similar way as described in case of hydrocarbons earlier.

When a compound contains more than one functional group, the numbering and the suffix in the name of multifunctional compound are determined by nomenclature priority.

Some more examples of the compounds containing one functional group are being are below.

When there is a linear chain and two halide groups are present on the two corner, counting of carbon is done in increasing alphabetical order. For example,

(III)Naming The Compounds With More Than One Similar Functional Groups

If the organic molecule contains more than one similar functional groups, then in addition to various rules, the numerical prefixes di (for 2), tri(for 3) etc. are added before the secondary suffix which indicates the functional group. While adding such words, the vowel 'e' of the primary suffix is retained. For example,

Here, word root is but, primary suffix is −ane and secondary suffix is ‘ol’. The −OH groups are positioned at carbon number 1,2 and 3. Thus, the name is,

Some more examples of the compounds containing more than one similar functional group are given below.