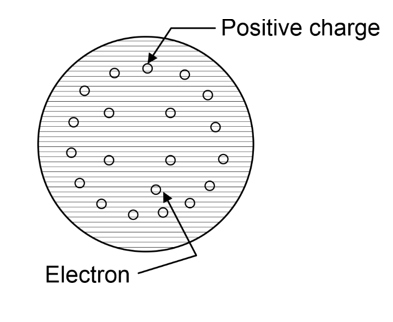 Drawback of Thomson Model of Atom

This model of atom could account for the electrical neutrality of atom, but it could not explain the results of gold foil experiment carried out by Rutherford.

They are positively charged (+2) helium ions having high energy emitted during radio-active decay of unstable elements like Uranium. It has +2 charge and mass 4u.

Rutherford bombarded high energy a-particles from radioactive source on thin foil (thickness 10–7m) of gold metal. The thin gold foil had a circular flurescent ZnS screen around it. Whenever an a-particle struck the screen, a tiny flash of light was produced at that point. He observed that : 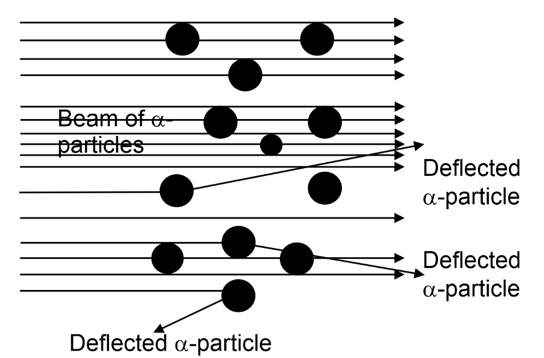 Rutherford's Conclusions regarding Model of Atom:

The restriction of a property to discrete values and not continuous values is called quantization.

If a discharge is passed through hydrogen gas at a low pressure, some hydrogen, atoms are formed, which emit light in the visible region. This can be studied by using Spectroscope or Spectrometer, and is found to comprise of series of lines of different wavelength. The four lines can be seen by eyes, but many more observed photographically in ultraviolet region.

Atomic orbitals can be specified by giving their corresponding energies and angular momenta which are quantised (i.e., they can bave some specific values). The quantised values can be expressed in terms of quantum number. They are used to get complete information about electron. i.e., location, energy, spin, etc.

Download free pdf sheet which consist of formulas and important points of Atomic Structure from the link given below .