RICE:
It is the staple food crop of a majority of the people in India. Our country is the second largest producer of rice in the world after China. It is a kharif crop which requires high temperature, (above 25°C) and high humidity with annual rainfall above 100 cm. In the areas of less rainfall, it grows with the help of irrigation. Rice is grown in the plains of north and north-eastern India, coastal areas and the deltaic regions.

Development of dense network of canal irrigation and tubewells have made it possible to grow rice in areas of less rainfall such as Punjab, Haryana and western Uttar Pradesh and parts of Rajasthan. 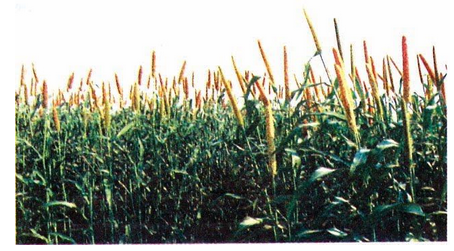 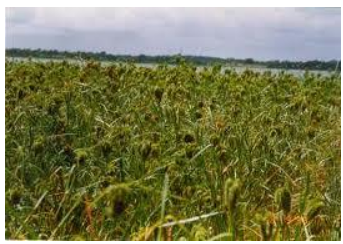 Maize: It is a crop which is used both as food and fodder. It is a kharif crop which requires temperature between 21°C to 27°C and grows well in old alluvial soil. In some states like Bihar maize is grown in rabi season also. Use of modern inputs such as HYV seeds, fertilisers and irrigation have contributed to the increasing production of maize. Major maize-producing states are Karnataka, Uttar Pradesh, Bihar, Andhra Pradesh and Madhya Pradesh. 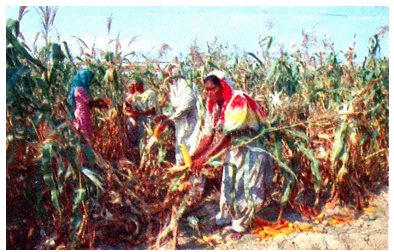 Pulses: India is the largest producer as well as the consumer of pulses in the world. These are the major source of protein in a vegetarian diet. Arhar, urad, moong, masur, chana and peas are major pulses of India. Pulses help in restoring soil fertility. That is why they are produce in rotation with other crops. UP, MP, Rajasthan and Karnataka are major pulse producing states in India. 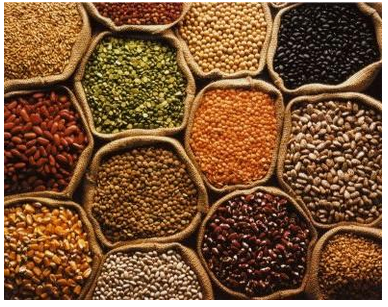