The kingdom Protista has been broadly divided into three main groups.

Photosynthetic protists are mainly unicellular eukaryotic algae, called protistan algae. They constitute the main portion of the phytoplankton. They include Dinoflagellates, Diatoms and Euglenoids. 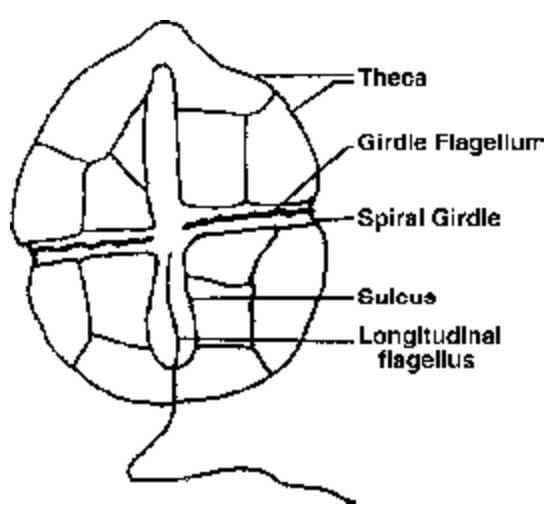 Diatoms comprise the phylum Chrysophyta of algae. They constitute the class Bacillariophyceae. Bacillariophyceae contains about 200 genera and 5000 species (Bold et al. 1987). The important characters of Diatoms are:

The common mode of multiplication is by binary fission. Each daughter retains one valve of the parent as epitheca and secretes a new hypotheca. As a result, one of the two daughters is slightly smaller than the parent. Over the generations there would be considerable reduction in size. The normal size is restored by the formation of rejuvenescent cells (auxospores).

Euglenoids are group of both chlorophyllous and non chlorophyllous flagellate protists. They belong to class Euglenophyceae and phylum or division Euglenophyta. Euglenoids include about 36 genera and 800 species. The important characteristics are: 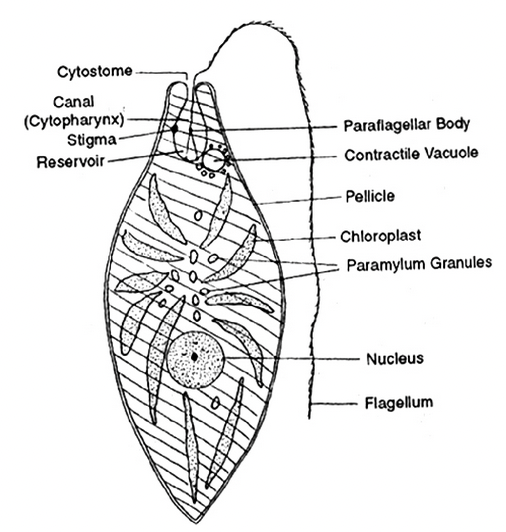 They were formerly included amongst mycetozoa or fungus animals (de Bary 1887) or myxomycota (Mac Bride 1897). Slime moulds are included in the division of Gymnomycota by mycologists. Because of their protistan nature, they are also called protistan fungi. They have about 600 species. The slime moulds have the following characters: 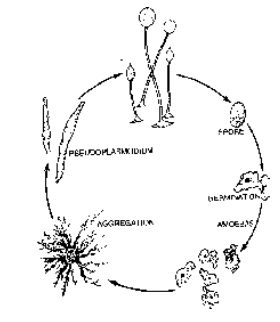 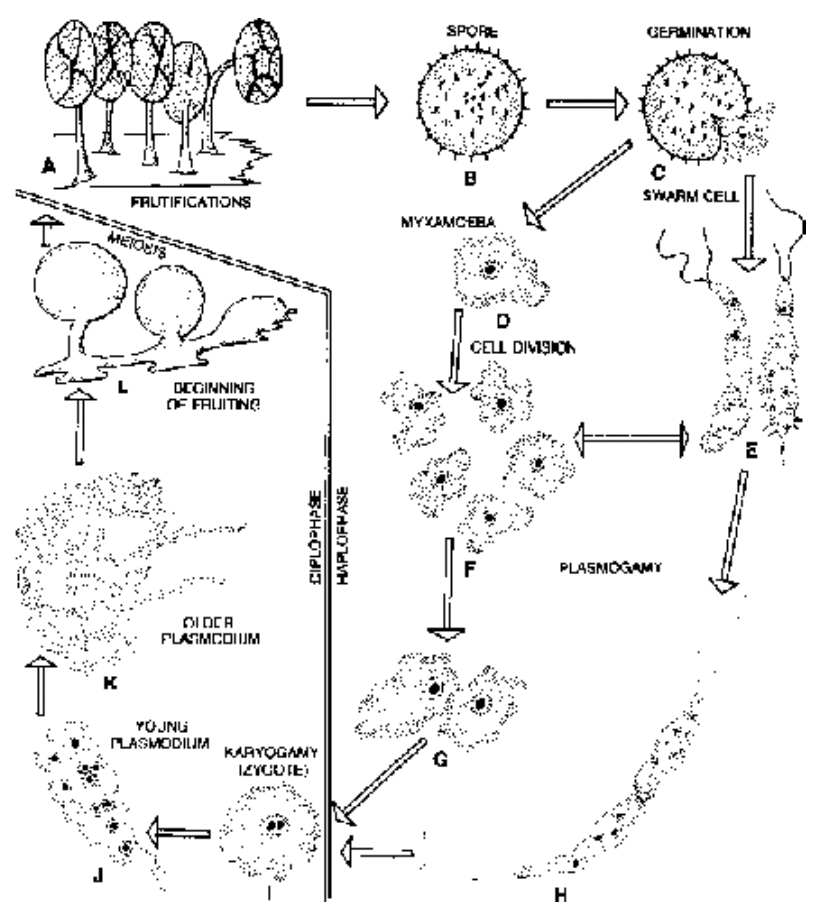