It is more complex as compared to that of males. It consists of a pair of ovaries, a pair of fallopian tubes, uterus and vagina.

Ovaries: They are the primary sex organs located in the lower part of the abdominal cavity near kidney. Each ovary is connected by a ligament to the uterus. It produces gametes (eggs) and hormones like estrogen and progesterone. Ovary is composed of ovarian follicles. Each follicle contains a large ovum (egg) surrounded by many layers of follicle cells.

When a girl is born, the ovaries already contain thousands of immature eggs. At puberty some of these eggs start maturing. One egg is produced every month by one of the ovaries. The release of egg from the ovary is called ovulation. It is caused by increase in turgidity aided by contraction of unstriped muscle fibres around the follicles. The force of ejection carries the egg to the fallopian tube. In women each measures about 3 cm × 2 cm × 1 cm and surrounded by the fold of peritoneum.

Ovaries produce ova and secrete female sex hormones, oestrogen and progesterone. The process of formation of egg in the ovary is known as oogenesis.

Uterus (womb):It is a large (8 cm × 5 cm × 2 cm) hollow muscular, highly vascular and pear shaped structure present is the pelvis between the bladder and rectum. It is formed of three parts : 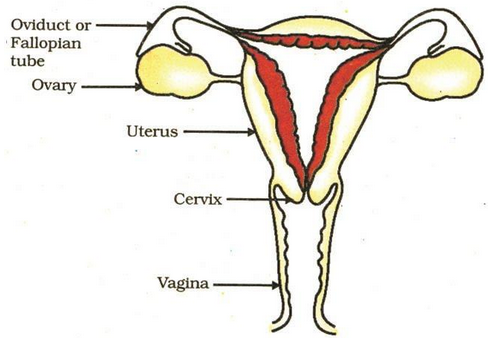 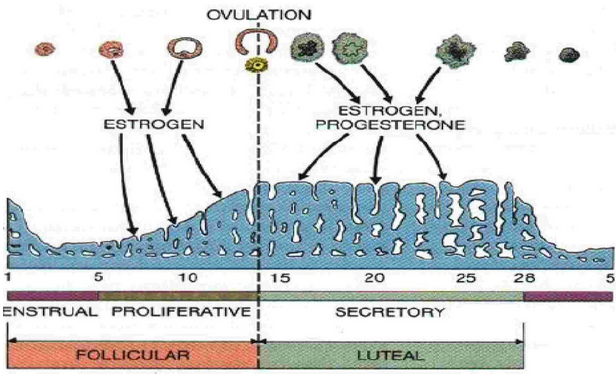 (i) Bleeding or menstrual phase:

(iv) Secretory phase: In this stage both oestrogen and progesterone levels are high.

Oogenesis is a process of formation of ovum. The ovum is a rounded, non-motile cell. Its size varies in different animals depending upon the amount of yolk in it.

(i) Inner thin, transparent, non-cellular covering called as zonapellucida. It is composed of protein and sugars. It is secreted by follicle cells. 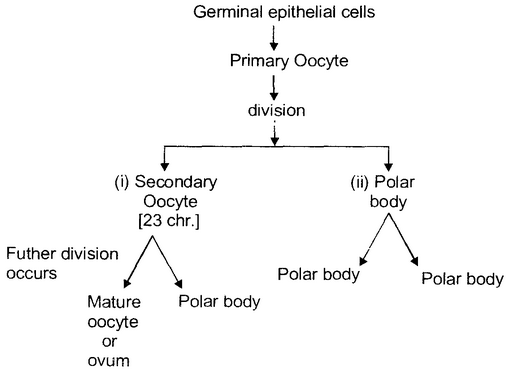 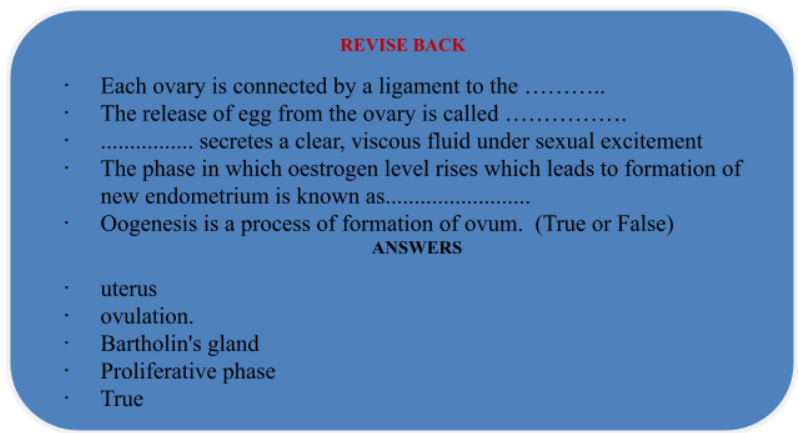