Lines and Angles of Class 7

In this chapter we will learn about basic of lines ,rays,line segment, angles.Day to day life we see many example of these form like :Railway track ,Road , Bridge ,scissors and many other things.

Different types of  A line segment (or simply segment) consists of two points and all the points between them that lie on the line containing the two points. A segment is just like a line except that it has a definite beginning and end.

Lines that have one and only one point in common are known as intersecting lines.

Two distinct lines which are not intersecting are called non-intersecting lines or parallel lines. Lines are parallel if they are always the same distance apart (called "equidistant"), and will never meet. 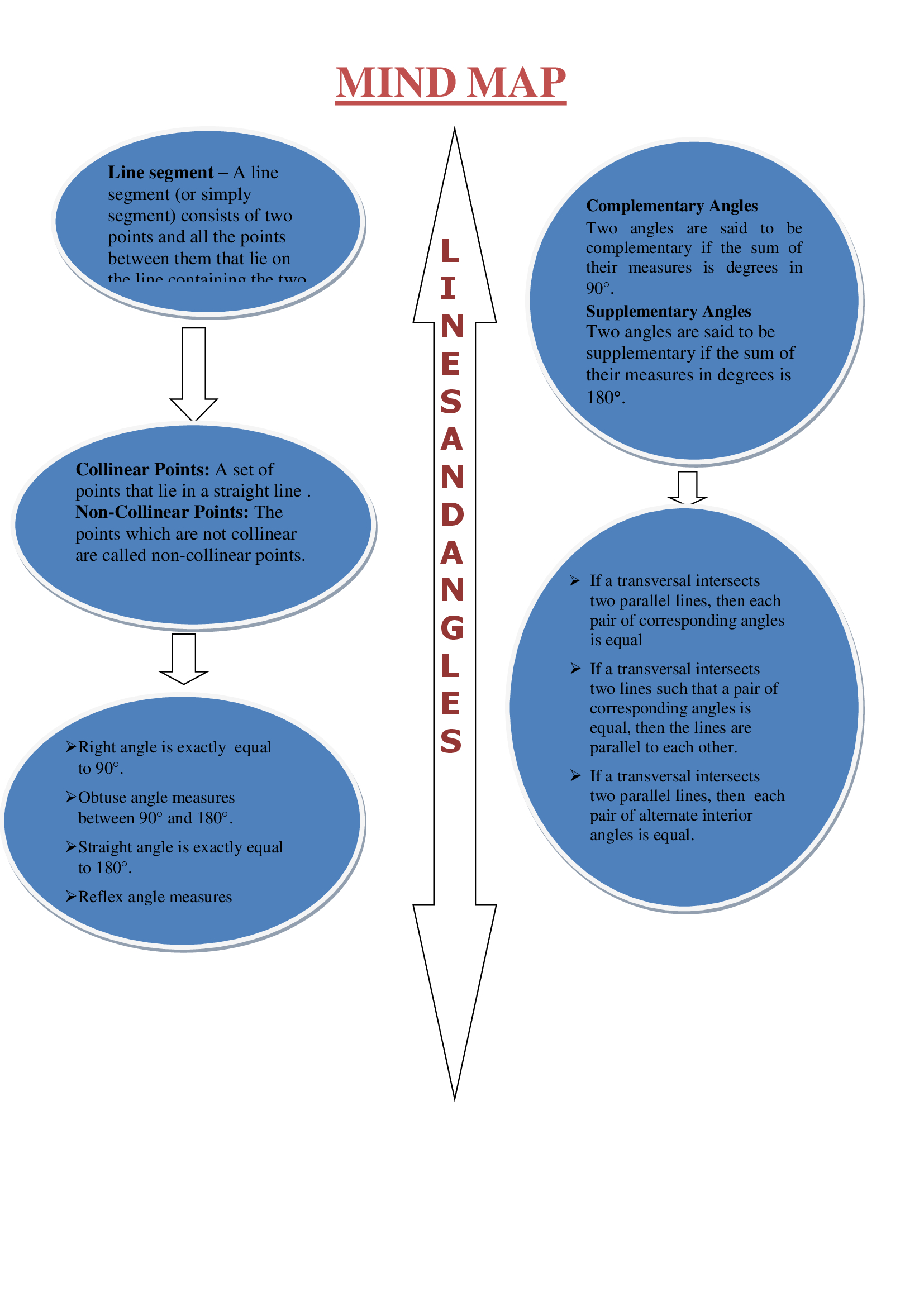 Q1. What are the lines and angles for Class 7?

Ans. A line segment has two endpoints. A ray has only one endpoint (its vertex). A line has no endpoints on either side. An angle is formed when two lines (rays or line segments) meet.

Q2. What are the seven types of angles in Class 7?

Q3. What are the types of lines?

Ans. Types of Line are:

Q4. What do we learn from lines and angles?

Ans. At the end of the lines and angles lesson, students will be able to: Identify and apply the properties of lines and angles. Understand the concept of parallel, perpendicular, complementary and supplementary angles, vertical angles, and parallel lines cut by a transversal.

Q5. What are the properties of lines?

Ans. Properties of Line are mentioned below: