As neuron is a long, branched cell it requires to transmit the imulse from its point of generation to the axon terminals in order to produce effects in the body parts.

In myelinated and non-myelinated nerves the impulse is transmitted differently.

The impulse moves along the axon as local effect by altering the permeability of the neighbouring Na+ – channels and affecting every next channels in succession moving the effect ahead from axon hillock to the axon terminal.

This is called stepwise or local circuit theory of transmission and is comparatively a slower conduction, generally found in invertebrates.

In myelinated axon As the axon is insulated, the impulse generated at axon hillock can affect the Na+ channel only at the node of Ranvier where the axolemma is exposed, which means Na+ can cross the membrane only at these sites. Thus, effect moves forward from one node of Ranvier to the other in only few steps, called as jumping or saltatory transmission. It is comparatively a faster conduction found mostly in vertebrates.

Velocity of transmission of impulses is directly proportional to

The fastest impulse in some nerves of human being is upto 532 Kmph.

It is the joint of two neurons — between the axon of one neuron and the dendron of another neuron.

Synapse are of following two types: 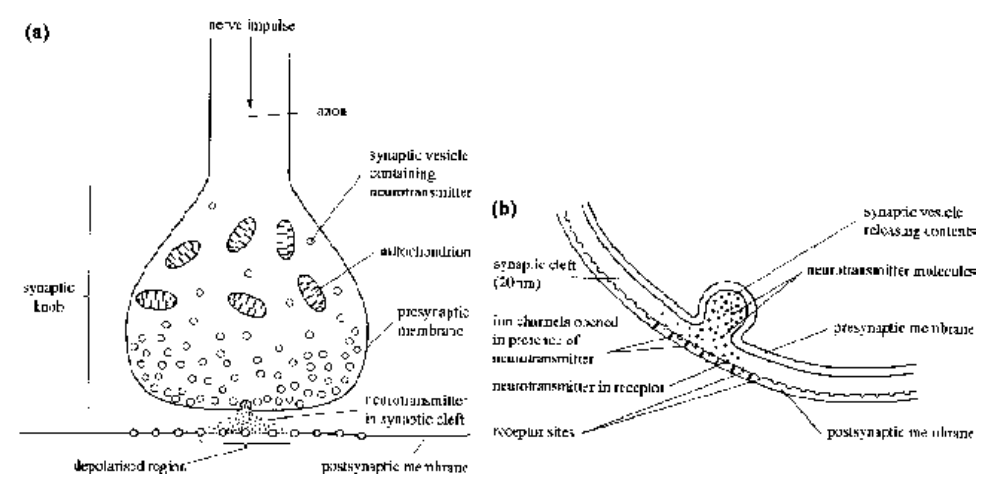 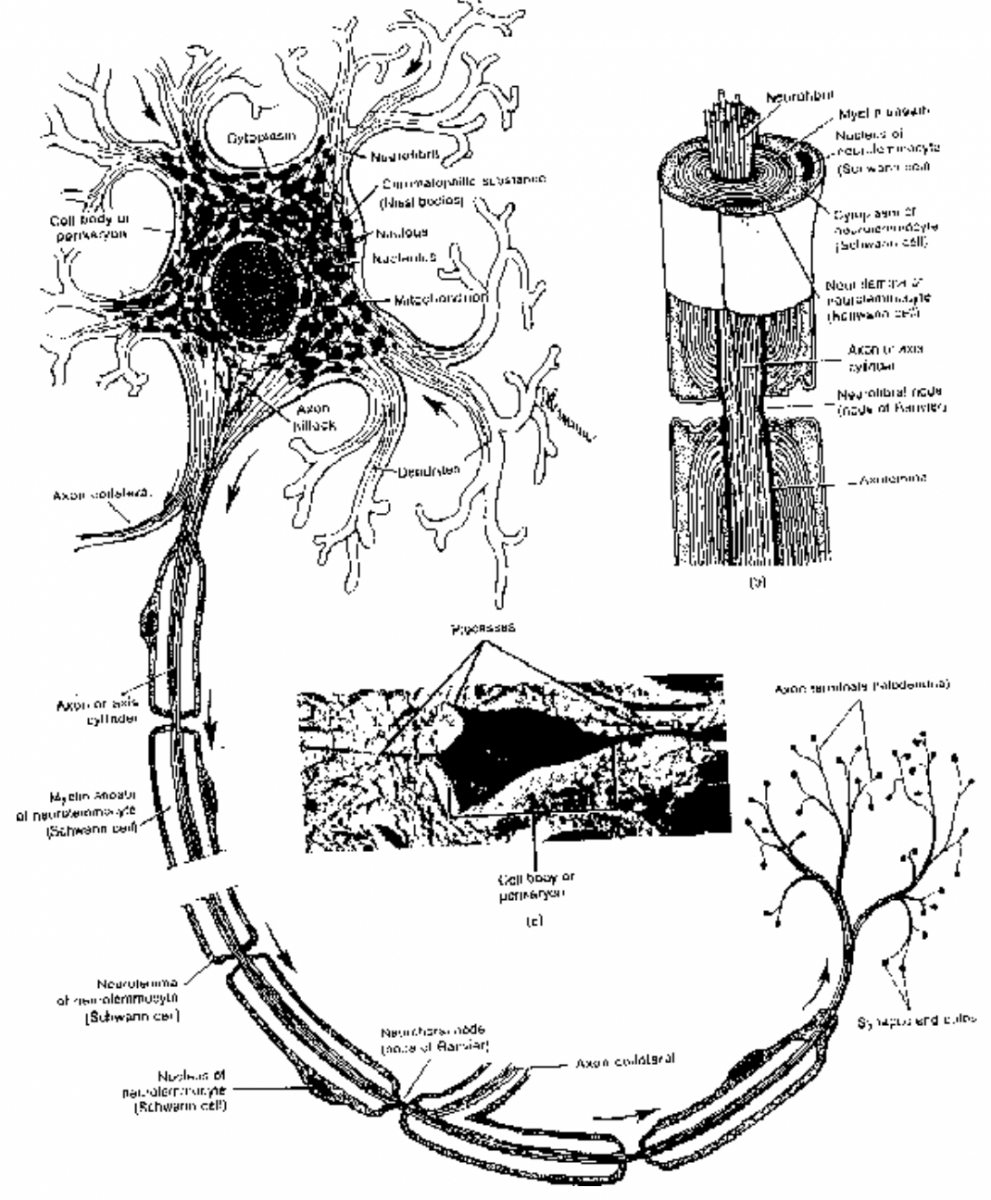 In one synaptic knob about 10,000 molecules of neurotransmitter may be present. More than 30 types of biogenic amines (derivative of amino acids) and over 60 types of neuropeptides have been identified so far to have this role. Acetylcholine is excitatory for nerve and general muscle, while inhibitory for cardiac muscle. Sympathin, histamine, noradrenaline (adrenaline) are excitatory for all muscles and nerves. Serotonin, dopamine and GABA (-amino-butyric acid) are inhibitory for all.