How many galaxies are there 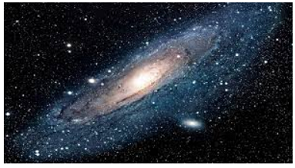 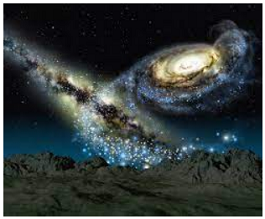 Hubble (American astronomer), made important contribution in the study of galaxies. He divided galaxies into three categories spiral, elliptical and irregular. 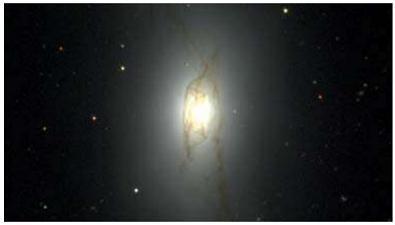 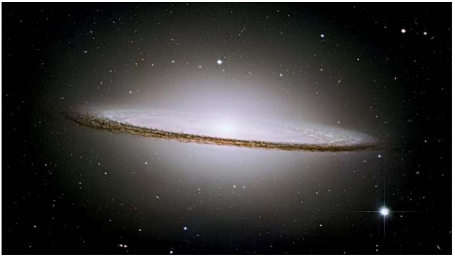 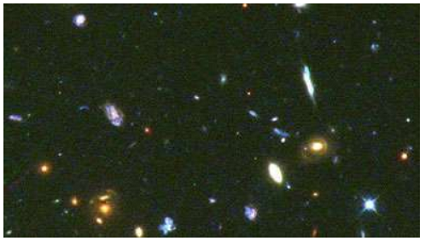 These galaxies are elliptical in shape as shown in figure. They account for 18% of all the observed galaxies.

The small galaxies which lack clear symmetrical form are, called irregular galaxies. They comprise 2% of the observed galaxies. In these galaxies, we find lot of dust and large number of blue stars.

The name Milky Way comes from a Greek word "gala" which means milk. Milky-Way is the hazy luminous band of white light seen stretched across the sky at night. Its Indian name is Akash Ganga. Our solar system is the part of the Milky-Way. The Milky Way contains more than 100 billion (1011) stars. The Milky Way is called our galaxy. Milky-Way is a spiral galaxy in the form of a disc with a bulge at the centre tapering off towards the edges. Its diameter is about 105 light years and central thickness is about 104 light year. The sun is situated at a distance of 2.7 × 104 light years from the galactic centre. The thickness of disc near sun is 1000 light years. The space between the stars in the Milky-Way is filled with dust and gases called interstellar matter. About 90% of the interstellar matter is in the form of hydrogen. The mass of Milky Way is estimated to be nearly 3 × 1041 kg.

As seen from above, the Milky Way galaxy looks like a disc of stars. The stars are not uniformly arranged in the plane of the disc but are arranged in spiral arms.

It is very difficult to find out the shape of our galaxy as earth lies within the galaxy. Astronomers have been able to establish the spiral shape of our galaxy by joining together photographs taken from many different directions over many years. Like other galaxies, Milky-Way is rotating about an axis passing through its centre. All the stars in the Milky-Way revolve slowly around the galactic centre and complete one revolution in 300 × 106 years.