James Langley (1921) discovered this visceral motor system which constitutes as the part of PNS that innervate visceral organs like heart, lungs, digestive tract, liver, spleen, kidneys and
coordinate their involuntary activities.
It consists of chain of two neurons between CNS and effector. The first of the two has its cyton located in the different areas of CNS and its axon is called as preganglionic motor fibres,
it is medullated.
The second is excitor neuron and its axon is called as postganglionic motor fibre, it is non-medullated.
The synapse between the two neurons lies somewhere outside the CNS in cell clusters called as autonomic ganglia.
The preganglionic neuron releases acehylcholine at the synapse while postganglionic neuron may be either cholinergic or adrenergic.
Higher nerve centers of the brain i.e., medulla oblongata and hypothalamus are the centre of the autonomic nervous system.

There are two components of ANS which operate as antagonists to each other hence described as 2 types:
Sympathetic Nervous System (Thoraco-lumbar outflow):
It is excitor or activator system meant to meet the emergency need of the body.
The sympathetic ganglia are situated close to CNS. 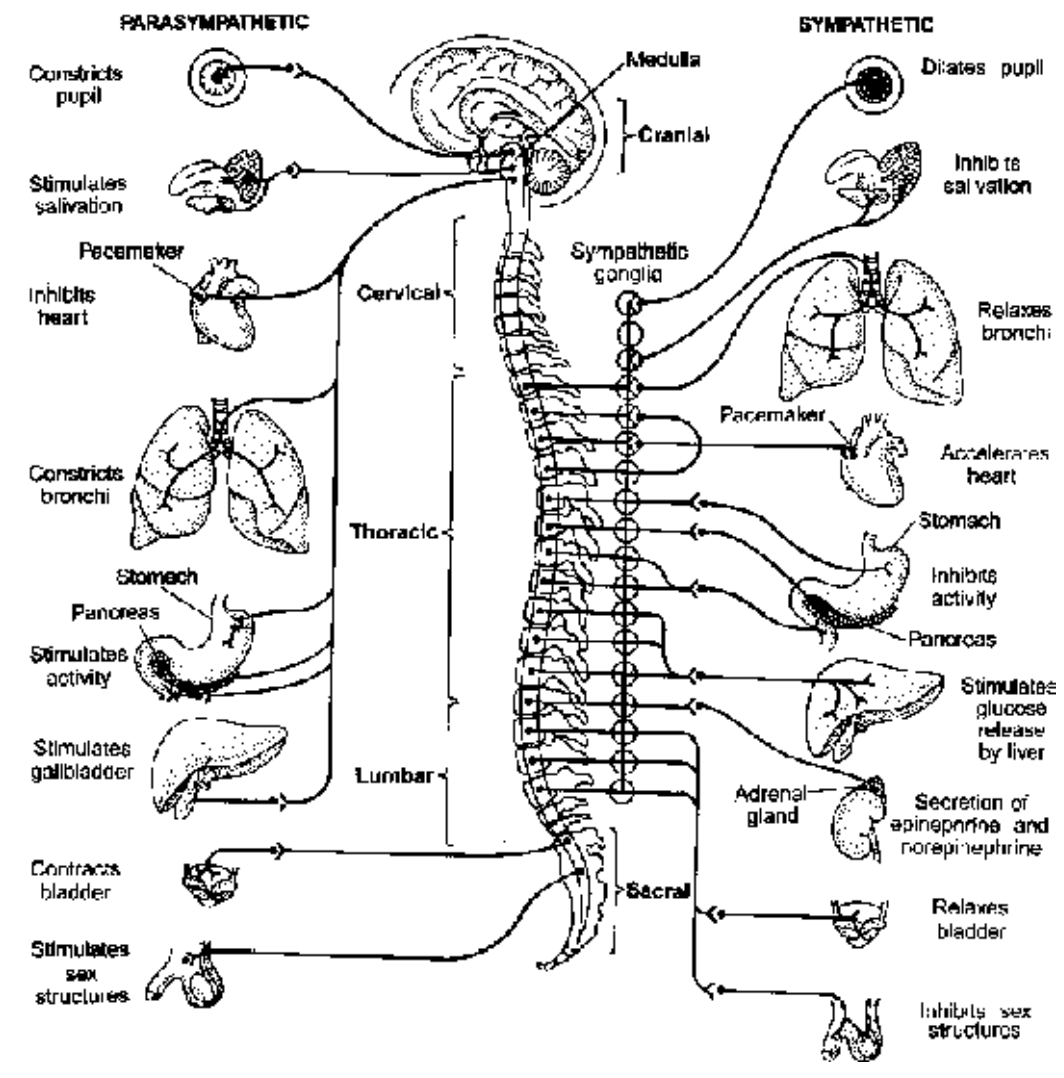 Anteriorly each trunk enters cranium along with vagus nerve and traversing through vagus ganglion ends in Gasserian ganglion.

Posteriorly this trunk ends up by joining with a branch of 10th spinal nerve.

In mammals only thoracic and lumbar (anterior, 3 pairs) spinal nerves are its part hence, also referred as thoraco-lumbar outflow.

Includes a chain of about 22 small lateral sympathetic ganglia interconnected by sympathetic trunk-extending from below the head to tail. These ganglia are also called as paravertebral ganglia. Due to fusion the number and segment characters of these ganglia become obscured in adult.

Some preganglionic fibres pass through lateral ganglia, do not end there, but after emerging from here they enter some other isolated ganglia called as collateral ganglia. These ganglia are away from the lateral ganglia and near to the tissue or organs.

The postganglionic fibres from collateral ganglia innervate the tissue or organs.

Preganglionic fibre is much longer, after emerging from CNS it terminates into the ganglia situated close to or within the respective organs.

Postganglionic fibre is too short and terminates into the smooth muscle of the same organ, and cardiac muscle in heart, it secretes acetylcholine.

Sympathetic and parasympathetic nervous systems are antagonistic in their actions as represented in the following table. 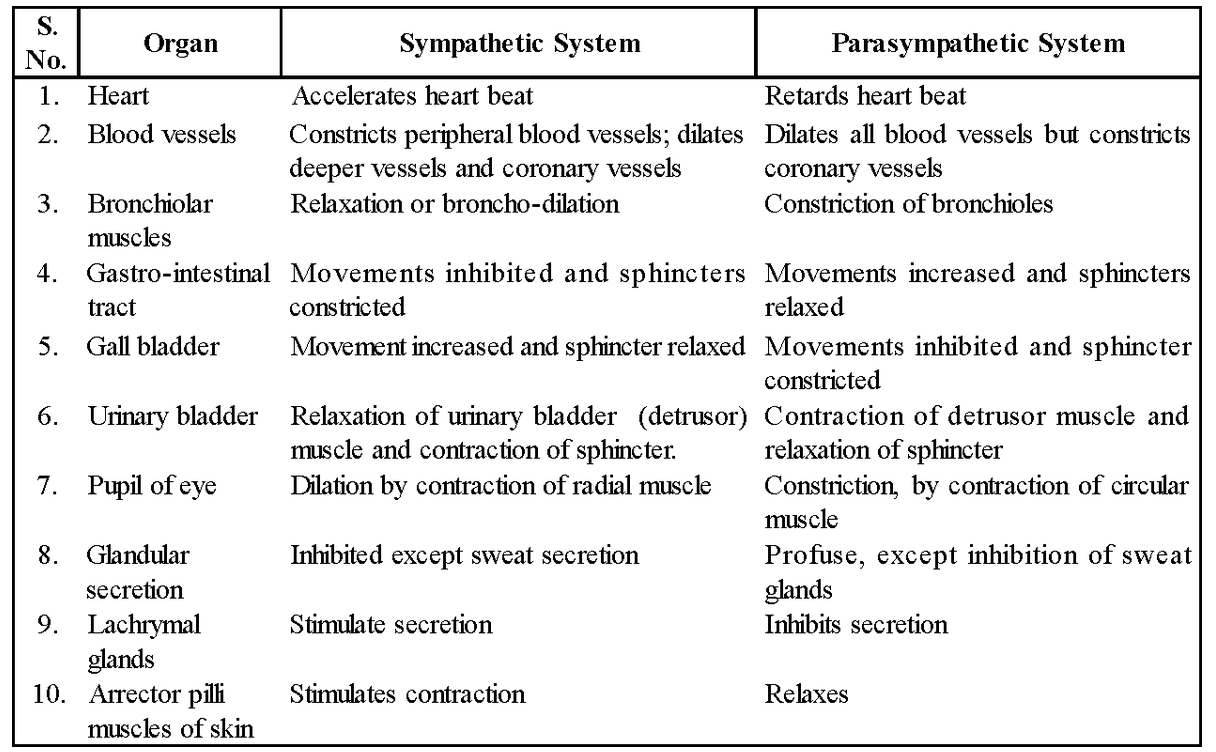