Although Cl has the same electronegativity as nitrogen, it does not form effective hydrogen bond. This is because of its larger size than that of N with the result its electrostatic attractions are weak

Generally the hydrogen bonds are classified into two types.

In such types of hydrogen bonding the two or more than two molecules of same or different compounds combine together to give a polymeric aggregate. 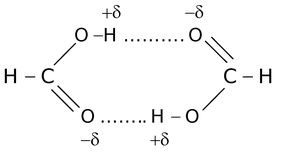 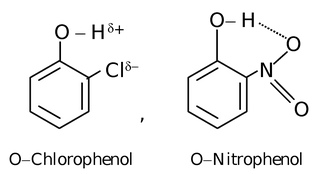 Hydrogen bonding has got a very pronounced effect on certain properties of the molecules.

State of the Substance

High boiling and melting points of NH3,H2O and HI in comparison to hydrides of other elements of V, VI and VII groups to which N, O and F belong respectively are due to hydrogen bonding.