Mechanism Of Some Important Reactions Of Alkenes

The mechanism proposed is an ionic mechanism.

In the first step the exposed electrons of the

bond of the alkene attacks the halogen in the following way:

In second step, one of the bromide ions predicted in step I attacks one of the carbon atoms of the bromonium ion. The nucleophilic attack results in the formation of a vicinal dibromide by opening the three – membered ring.

On reaction of cyclopentane with bromine in

anti – addition occurs and the products of the reaction are trans – 1, 2 dibromocyclopentane enantiomers (as a race`mate)

Bromine adds to trans – 2 – butene to form meso compound, thus the reaction is stereospecific in nature. 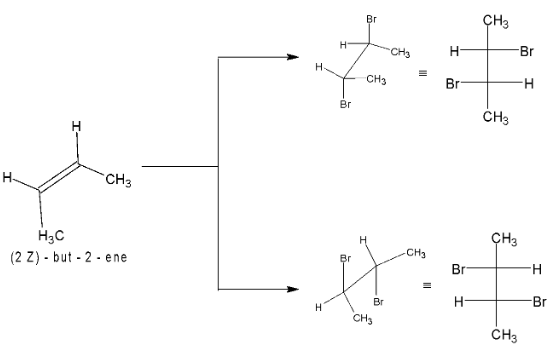 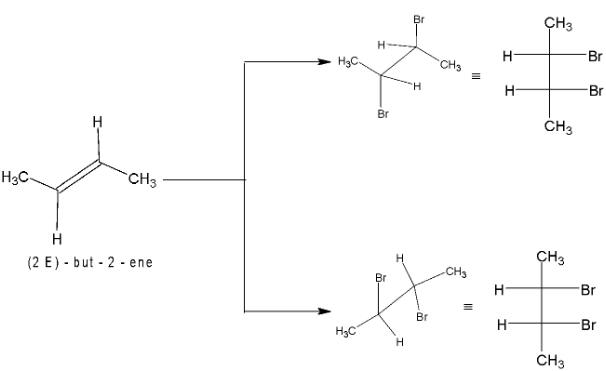 It can be explained by the following mechanism:

If the alkene is unsymmetrical, the halogen ends up on the carbon atom with greater number of hydrogen atoms.

Hydroxylation with permanganate is carried out by reaction at room temperature. It’s a good method for the synthesis of 1, 2 – diols. 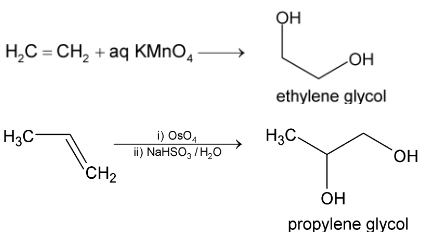 Mechanism in both cases involves formation of cyclic intermediates, then in several steps, the cleavage at oxygen – metal bond takes place producing glycol and

(i)  With cold dilute

depending upon structure of alkene. 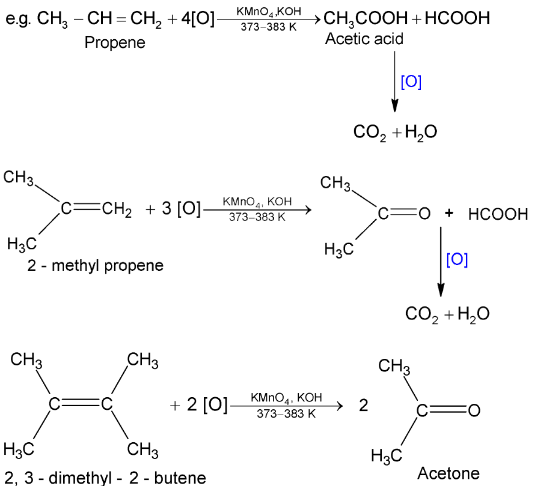 Hence by identifying the products formed during alkaline

oxidation, it is possible to determine the position of the double bond in an alkene molecule.

gives aldehydes / ketones or a mixture of these depending upon the structure of alkene.

to give aldehydes / ketones or a mixture of these is called reductive ozonolysis.

If however ozonide is decomposed with

produced in the reaction. This is called oxidation ozonolysis.

The oxidation reactions of alkenes are summed up as follows: 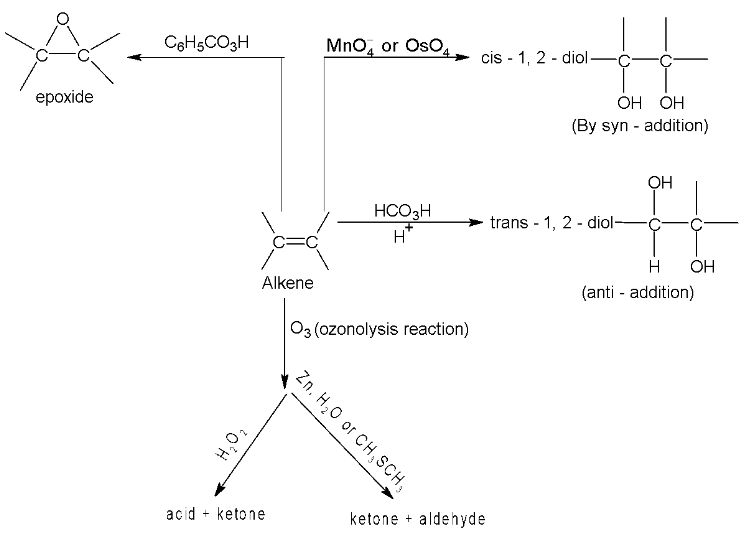