Hearing is a sense endowed to us, because of the presence of the human auditory system. This auditory system offers us the ability to understand sound by detecting vibrations in the surrounding medium. The vibration, as mentioned, consists of minute pressure variations. We  are now going to take a closer look at how this can be achieved.

The part of ear which we see outside the head is called outer ear. The outer ear consists of broad part called pinna and about 2 to 3 centimeters long passage called ear canal. At the end of ear canal, there is a thin, elastic and circular membrane called ear-drum. The ear-drum is also called tympanum. The outer ear contains air. The middle ear contains three small and delicate bones called hammer, anvil and stirrup. These ear-bones are linked to one another. One end of the bone called hammer is touching the ear-drum and its other end is connected to the second bone called anvil. The other end of anvil is connected to the third bone called stirrup and the free end of stirrup is held against the membrane over the oval window of inner ear. The middle ear also contains air. The lower part of middle ear has a narrow tube called `eustachian tube' going to the throat. Eustachian tube connects the middle ear to throat and ensures that the air pressure inside the middle ear is the same as that on the outside. 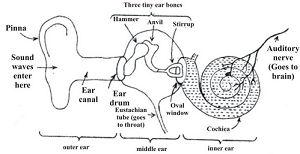 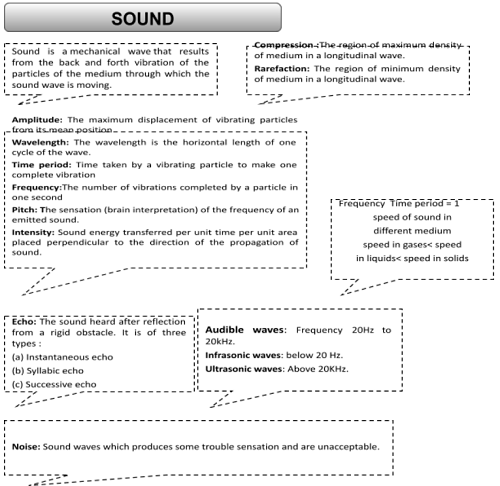