THE DIRECTION OF BENDING OF LIGHT:

The two rules which give the direction of bending of a ray of light when it goes from one medium to another are as follows :

Refractive Index in terms of apparent depth and real depth:

Whenever we observe the bottom of a swimming pool or a tank of clear water, we find that the bottom appears to be raised i.e., the apparent depth is less as compared to its real depth.

The extent to which the bottom appears to be raised depends upon the value of refractive index of the refracting medium. 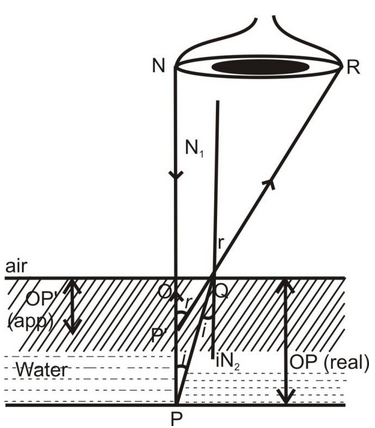 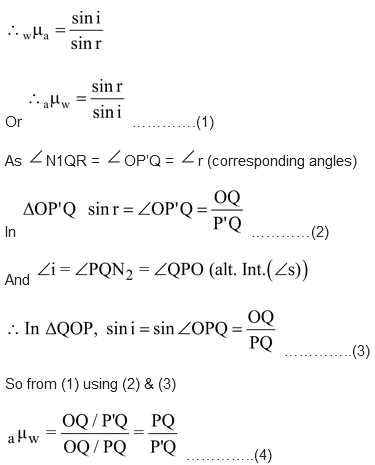 Given ∠I is very small, it is nearly normal direction of viewing.

Refraction and Speed of Light:

The refraction of light occurs because light has different speed in different media. Speed of light is maximum in vacuum or air. It is less in any other medium. Denser in the medium lesser is the speed of light. Refractive index of a medium depends not only on its nature and physical conditions, but also on the colour or wavelength of light. It is more for violet light and less for red light (VIBGYOR).

To find refractive index of two media w.r.t. each other when their refractive indices w.r.t. air are given. A ray of light AB refracts from different medium as shown in figure below. 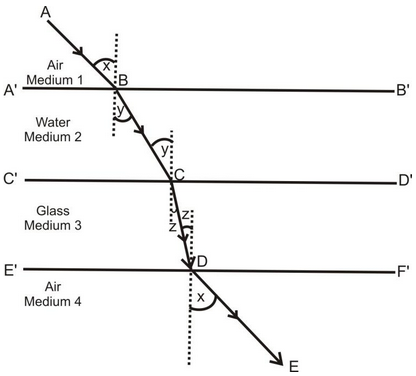 (i) For refractive index at interface A’B’

(i) In glass speed of light 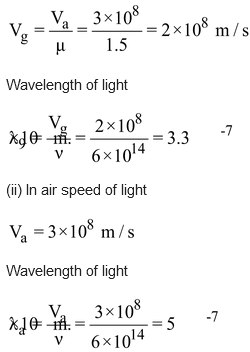 REFRACTION THROUGH A GLASS SLAB(considering no absorption):

Refraction through a rectangular glass slab:

Lateral shift is the perpendicular distance between the incident and emergent rays when light is incident obliquely on a refracting slab with parallel faces.

Factors on which lateral shift depends are : 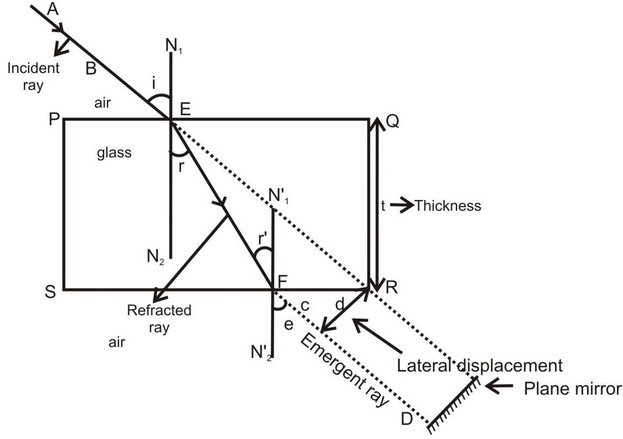 Case - I : For light going from air to glass of point E.

Case - II : For light going from glass to air at point F. 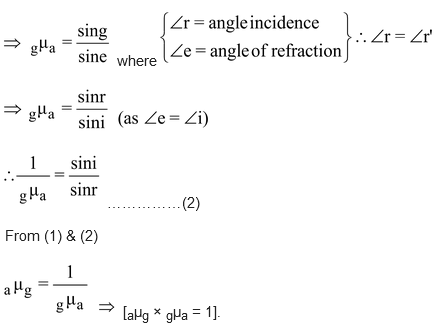