In the previous chapter, we have learnt the concept of work which was an integral of force with respect to displacement. Now we are going to learn another concept, called impulse.

Impulse is defined as the integral of force with respect to time.

Graphically, the impulse is the area between the force curve and the F = 0 axis, as shown in figure. (9.1).

The SI unit of impulse is Ns. 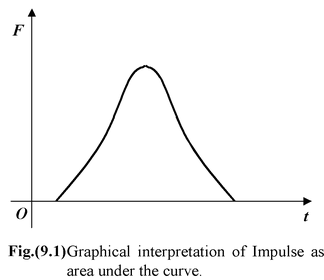 Find the impulse due to the force 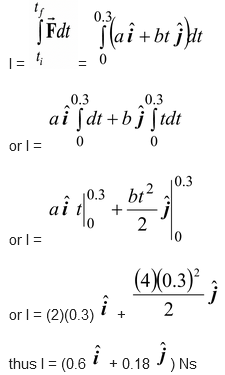 If more than one force are acting on a particle, then the net impulse is given by the time integral of the net force.