where q1, q2 are magnitude of point charges, r is the distance between them and εo is permittivity of free space. 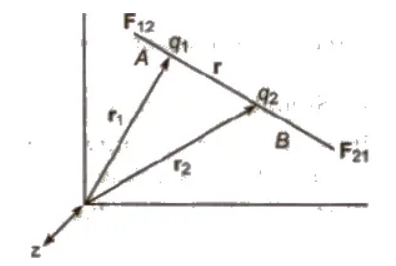 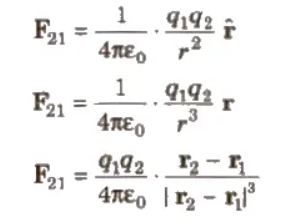 The above equations give the Coulomb’s law in vector form.

The space in the surrounding of any charge in which its influence can be experienced by other charges is called electric field.

Electric potential at any point is equal to the work done per positive charge in carrying it from infinity to that point in electric field. Electric potential, V = W / q Its SI unit is J / C or volt and its dimension is [ML2T-3A-1]. It is a scalar quantity. Electric potential due to a point charge at a distance r is given by v = 1 / 4π εo q / r

The rate of change of potential with distance in electric field is called potential gradient.

Relation between potential gradient and electric field intensity is given by

Electric flux over an area is equal to the total number of electric field lines crossing this area. Electric flux through a small area element dS is given by

The electric flux over any closed surface is 1 / εo times the total charge enclosed by that surface, i.e.,

If a charge q is placed at the centre of a cube, then

(i) Electric Field at Any Point on the Axis of a Uniformly Charged Ring A ring-shaped conductor with radius a carries total charge Q uniformly distributed around it. Let us calculate the electric field at a point P that lies on the axis of the ring at distance x from its centre.

The maximum value of electric field

Electric Potential due to a Charged Conducting Spherical Shell 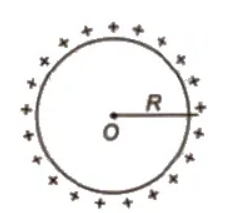 Therefore potential inside a charged conducting spherical shell equal to the potential at its surface. 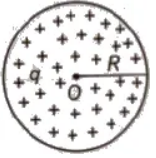 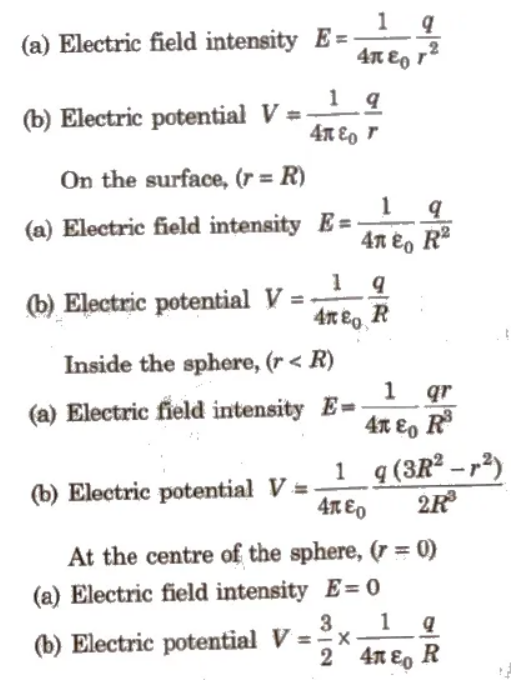 (v) Electric Field Intensity due to an Infinite Line Charge

where λ is linear charge density and r is distance from the line charge.

(vi) Electric Field Near an Infinite Plane Sheet of Charge 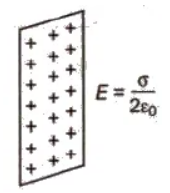 If infinite plane sheet has uniform thickness, then

If infinite plane sheet has uniform thickness, then

An electric dipole consists of two equal and opposite point charges separated by a very small distance. e.g., a molecule of HCL, a molecule of water etc.

Electric Field Intensity and Potential due to an Electric Dipole

(i) On Axial Line

Potential energy of an electric dipole in a uniform electric field is given by U = – pE cos θ. 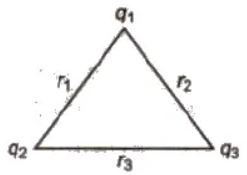 Behaviour of a Conductor in an Electrostatic Field

Capacitance of an Isolated Spherical Conductor

Capacitors in series and parallel combinations

(i) Parallel combination of capacitors 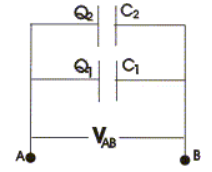 When capacitors are connected in parallel their resultant capacitance C is the sum of their individual capacitances. 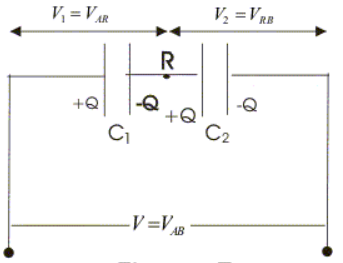 Sum of VAR and VRB would be equal to applied potential difference V so,

i.e., resultant capacitance of series combination C=Q/V, is the ratio of charge to total potential difference across the two capacitors connected in series.

Result in equation 12 can be summarized for any number of capacitors i.e.,